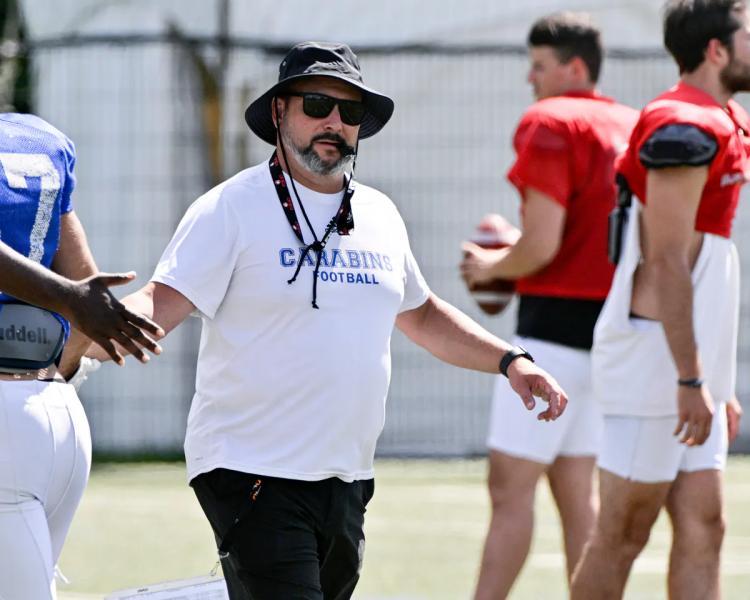 MONTREAL – Quebec university football fans could be entitled to a very offensive duel for the RSEQ's first game of the season.

This Saturday, the Carabins from the Université de Montréal will visit the Concordia Stingers to kick off hostilities in 2022. Both teams have a lot of offensive talent, which makes high-scoring game fans salivate.

Even s he wants to see his defense counter quarterback Olivier Roy and his gang, the head coach of the Carabins, Marco Iadeluca, is not fooled.

“They have an explosive offense led by a quarterback who had quite the season last year. It is sure that it always represents a good challenge when you measure yourself against a good offense like that.

The Stingers offense will be composed of essentially the same elements as last year. Based mainly on aerial play, this unit has scored 18 touchdowns in 2021, six more than any other team.

The Blues pilot warns, however, that we should not fall into the trap of thinking that its rivals will present themselves with the same strategies as in 2021.

“I'm sure the Stingers players worked extremely hard this offseason,” Iadeluca said. They will have an improved team.”

With this in mind, the coaches' message to their players is to focus primarily on them -same.

“The biggest challenge will be playing our football,” said defensive back Kaylyn St-Cyr. If we are able to execute well, there will be no problem. As the coaches constantly tell us, it is in our hands. We don't care what the other team will have as new strategies, new formations or new players. The important thing is to focus on ourselves.”

It's probably the same watchword on both sides of the ball with the Carabins, since receiver Carl Chabot offered much the same answer as his teammate when asked about the state of mind of the offensive unit in view of the first part of the year.

“We don't know what their trends will be and what they have in store for us. The first game is always full of surprises,” expressed the veteran.

“We just have to focus on ourselves and do what we are capable of doing well. By limiting our mistakes, we will have a better chance of winning.”

– The Carabins and the Stingers meet at 2 p.m. at State Concordia. The duel will be presented on TVA Sports.

Stingers: forget the past

Stingers head coach Brad Collinson made sure his players forget the win they got over the Carabins last year.

“Every year is different . These are not the same teams that will face each other this Saturday. We have to focus only on the game that is coming up,” said the driver with conviction.

His message obviously made its way, since quarterback Olivier Roy did not hesitate to reject out of hand the hypothesis that his club had additional confidence in view of their duel against the Blues.

Collinson and Roy instead threw flowers to the team that won the last two Dunsmore Cup games.

“It's always fun to face the best,” said the head coach. If you don't prepare in the right way, there will be surprises in this league. Montreal is a big challenge, they are the defending champions.”

Despite everything, the Stingers believe that they can again create an upset against the Carabins, even if it will be necessary to play a practically perfect match .

“We don't hide, it's a power that is coming to us. We are going to have to react in the right way if we want to win,” said Roy.