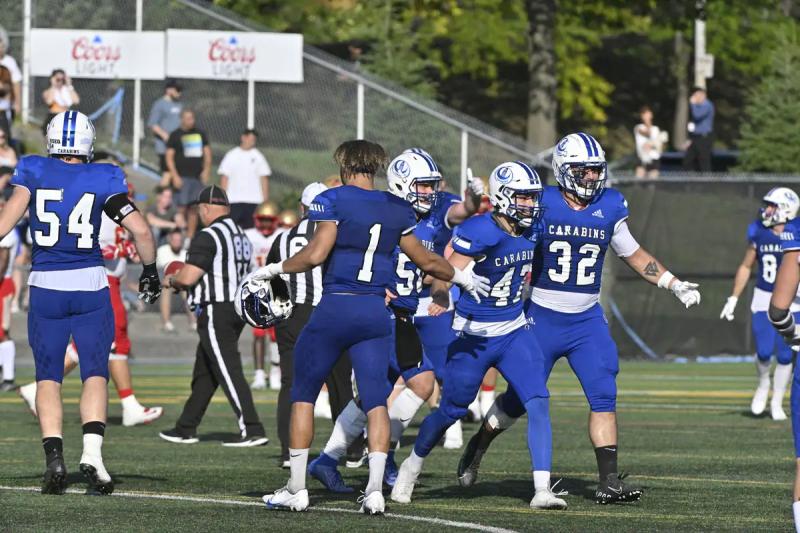 It is at the heart of a series of two victories that the Vert & Or de Sherbrooke will come to the Complexe sportif Claude-Robillard to face the Carabins of the University of Montreal.

The Estrie team has been impressing for the past few weeks, having defeated the Concordia Stingers and the McGill Redbirds. The Green & Or has also enjoyed success despite the loss of two quarterbacks, as Carabins head coach Marco Iadeluca pointed out.

“They play good football, especially if we considers that they have lost their starting quarterback. It's not an easy situation, but they manage to perform well,” he said a few days before the duel.

“It's a hungry team coming here. I'm expecting a big game and we'll have to be ready.”

Indeed, Anthony Robichaud has not yet played for medical reasons, while Zachary Cloutier was injured on September 3. First-year player Charles Picard has taken over and delivered the goods so far.

On paper, however, the Blues represent a much better formation than their next opponents. Iadeluca takes nothing for granted, however.

“We respect all of our opponents. The caliber is so much better in our circuit than a few years ago. Everyone can aspire to victory. The only way to get through this is to focus on your team.”

The only formation on the Quebec circuit still undefeated in 2022, the Carabins are also the double defending champions of the Dunsmore Cup . Being in this situation brings some adversity, according to wide receiver Alexandre Jones Dudley.

“With the reputation we have, we know that all the teams give their 110% against us and it will be no different with Sherbrooke,” said the second-year player.

As Iadeluca repeats regularly, the Carabins prefer to focus only on themselves rather than on their rivals. The pilot does not hide being dissatisfied with the performance of his attack since the start of the campaign. Last week, this unit was unable to find the paying zone against the Laval University Rouge et Or.

“We want to be better from week to week. To do this, we are emphasizing all the phases of the game that we did not like the previous week, ”said Iadeluca, who wants to see his attack register points against the Green & Gold.

“There were small mistakes on our part and we are not going to feel sorry for ourselves. We may not have scored a touchdown, but we had some great offensive streaks,” said Jones Dudley, who obviously prefers to see the glass half full.