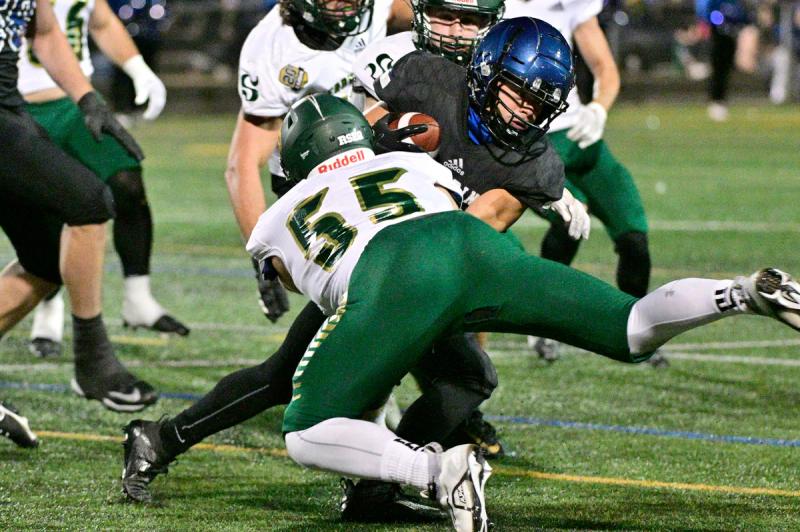 The 24-20 snatch victory over the Vert & Sherbrooke gold could cost the Carabins de l'Université de Montréal, who saw two of their receivers fall in action.

The losses of young Iraghi Muganda and Wedens Alexandre are therefore added to those of Hassane Dosso and Justin Langlais. The former was injured during training camp, while the latter was unable to complete the first game of the season.

Note that the Carabins have not ruled out that Muganda and Alexandre will be on their roster this Saturday, during a match against the McGill Redbirds. It is customary not to disclose such things. However, we can imagine without too much difficulty that the coaches of the Blues are looking for alternative solutions.

“It's for these types of situations that we recruit,” said assistant offensive coordinator and receivers coach Gabriel Cousineau. It's not as bad as we thought on Saturday [after the match against the Vert & Gold], but we are confident that all the guys who are here can get on the field.”

The fact remains that Cousineau will possibly count on only three receivers who have caught more than five balls so far. See you now in 2020, namely Carl Chabot, Dudley Jones and William Legault.

At the wrong time

The series of injuries with which the only undefeated team of the RSEQ must deal comes at a very bad time, however, since the Carabins attack is looking for its bearings. The unit showed some good things against the Laval University Rouge et Or two weeks ago, but were unable to find the paying zone. She remedied this situation against Sherbrooke, but it was only one success among many offensive failures.

“There is no panic at this level, indicated Cousineau. We know we didn't execute [the game plan]. We're focused on eradicating errors and turnovers.”

The one who played for the Carabins as a quarterback for a few years added that he doesn't need to raise the tone in training so that his troops understand that they have to do better.

“These are players who have reached the university level, they know that they have not played to their full potential. They're mature enough that we don't have to beat them up.”