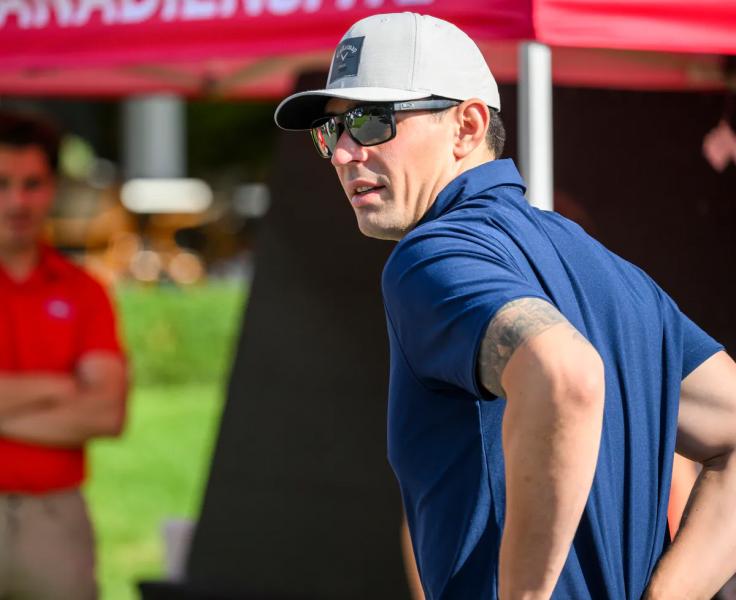 At a time when the rest of his career remains uncertain, goaltender Carey Price showed up at the Laval-sur-le-Lac golf club for the annual Montreal Canadiens golf tournament .

The number 31 had put on his clothes to challenge the greens with his teammates and seemed very happy to be on the scene, as shown by some images broadcast by journalists on social networks.

However , the GM said he was not optimistic that Price would return to full fitness, at least without further knee surgery. The main interested party had surgery on this one after the 2021 Stanley Cup Final, but the follow-up proved inconclusive, as he played only five games at the end of the 2021-2022 campaign.

Jake Allen happy with the presence of Carey Price

Jake Allen will enter the second and final year of his contract with a golden opportunity to assert himself as he should, in all likelihood, be the Montreal Canadiens' trusted goaltender.

With the recent announcement regarding Carey Price, whose name has been placed on the long-term injured list, Allen will have the difficult task of protecting the Habs' net in a context where several young players could be sent into the fray.

“It's a good opportunity for me to play more games,” Allen said at the team's annual golf tournament Monday in Laval. It's another chance to build my game and help the team by being a stable presence at the back.”

Price, despite his knee issues which will keep him out of the game, was present at this event. It looks like the 2015 Hart, Vezina, Ted-Lindsay and Jennings trophy winner will stay with the club, at least at times.

“I think it's huge, not just for me , but for organization, Allen said. He has so much experience in various ways. You want those kind of players around the team. Even if they are not there every day, it is a resource. It's huge for me and I'm glad He's around.”

Allen also said there had been “communications” for a potential contract extension without giving any details. details.