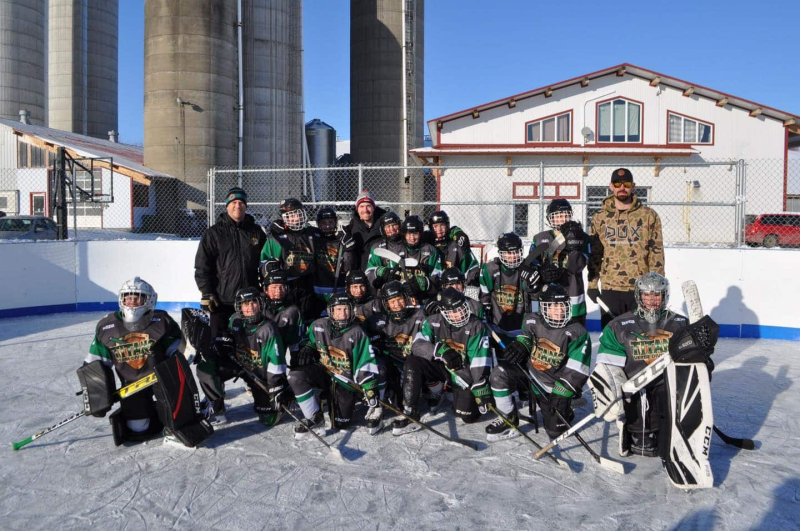 Carey Price will probably never walk on NHL ice again. His public outings are a little rarer, although we saw him last week during the tribute to P.K. Subban.

That's why young players from the Titans M12 from the École du Verbe Divin in Granby did not expect to meet him last Sunday, during an activity organized by the team.

However, this is the surprise they had when they appeared on an outdoor ice rink in the region. Accompanied by his family, the Canadiens' goalkeeper was waiting for coach Francis Brunelle's troops.

“In fact, we had warned the parents, but the young people were not aware,” said Brunelle, specifying that the invitation was made possible thanks to a couple of mutual friends. Carey sneaked back into the garage where the youngsters were getting ready. He had already been tying his daughters' skates for two or three minutes when the young people realized he was there »

“You had to see their faces when they saw his presence. The young people were surprised and speechless, he added. It's not every day that we have the chance to meet an NHL goalkeeper who has marked an entire generation.

One might also add that not all young 11-year-old goaltenders have the opportunity to get advice from the winningest masked man in Canadiens history.< /p>

“They were embarrassed and don't speak much English, but between goalies, they ended up understanding each other,” laughed Mr. Brunelle.

Generous of his time, Price spent four hours with the young Titans. He multiplied the selfies and autographs.

“He signed everything and he took the time to do it. I have never seen a patient guy like him. That says a lot about the person he is,” said the coach.

And as if that weren’t enough, he agreed to have a bite to eat with them. Pizza and fries have probably never tasted so good.