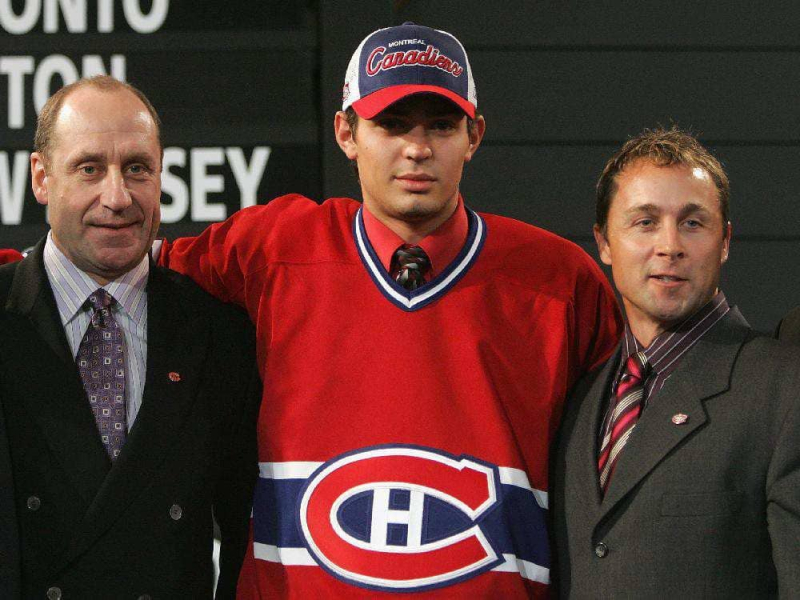 Goalkeeper Carey Price did not really believe in his chances of being selected by the Montreal Canadiens at the 2005 auction.

The famous number 31 had been tested by the staff of the Bleu-Blanc-Rouge during an interview preceding the repechage, a meeting which he described as “difficult” during his visit to the facilities of La Poche Bleue.

“I met 13 or 14 teams for the repechage. In the context of his interviews, my interview with the Montreal Canadiens had been the most difficult”, first expressed the author of 712 games in the uniform of Sainte-Flanelle.

“The leaders of the Habs were asking complicated questions to see how I was going to answer with the media, added the 35-year-old doorman with a laugh. I remember that interview was tough. I still wonder to this day if that meeting went well or not.”

In addition, Price admitted that the Atlanta Thrashers had shown a lot of interest in him. He was also considering other organizations that might choose him.

“I thought the Minnesota Wild, who selected just before the Canadian, was going to draft me. Otherwise, I had a feeling that the Columbus Blue Jackets could also take me.”

A tough but necessary competition

During his 17 years in the Montreal team, Price worked with talented acolytes.

The competition that reigned between “Pricer” and Cristobal Huet, José Théodore, but especially Jaroslav Halak, allowed the fifth selection in the total of the 2005 repechage survey, to reach its full potential.

“Seeing someone else do what I wanted to do, which was to be the starting goaltender, made me realize that I had to work extra hard,” he said. Jaroslav was performing very well, while it was more complicated for me on the ice. I had two choices: I felt sorry for myself or I worked even harder, which I did.”

The goalkeeper finally identified a few athletes with whom he maintained a healthy relationship over the years.

“Throughout my career, there were players with whom I felt more comfortable. I had a very good relationship with goalkeeper Peter Budaj. He was easy to approach. I was also close to Shea Weber and Jeff Petry, he specified. It's important to surround yourself with players who want your best.”