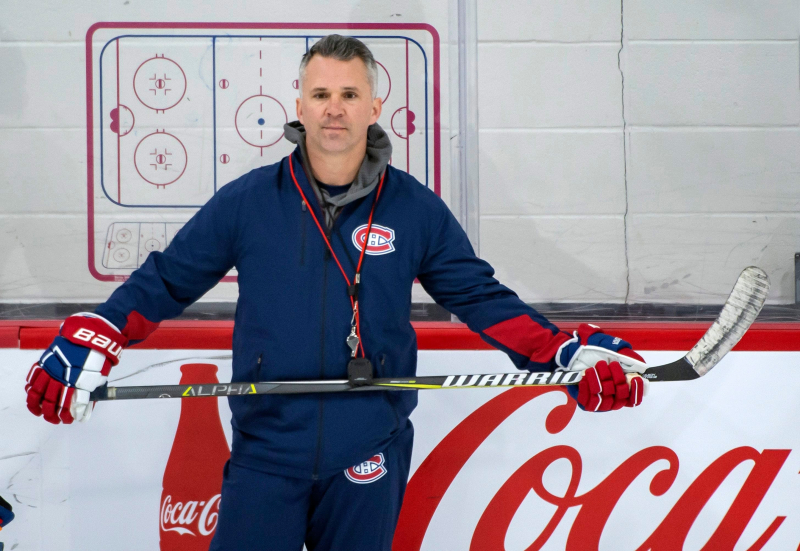 VANCOUVER | The controversy surrounding Carey Price's post on the gun registry carried over to the Canadiens locker room on Monday. According to head coach Martin St-Louis and his teammates, the goaltender was unaware of the Polytechnique shooting that took place 33 years ago.

< p>Although it is not directly hockey related, the players and the head coach were asked about it after the morning practice which took place at Rogers Arena in Vancouver.

“This has been brought to my attention,” said Martin St-Louis when the Journal representative asked him about Price's publication.

“ I'm not sure that Carey is aware of the whole story that happened (on Polytechnique). I remember it a lot because I was at Collège Notre-Dame as a boarder. I was 14 and it shook me up quite a bit.

“I don't think people outside of Quebec know the whole story . »

Then he talked about the human side of Price. “He's a sensitive guy and he's a family guy,” added the Canadian coach. I believe he did this without malice. »

Clearly, Price did not know what happened in Quebec in 1989. One of the worst killings of the history of Canada.

Even though he has lived in Montreal for fifteen years. Again, St-Louis did not want to throw the stone at him.

“This is an event that dates back to 1989. Carey was how old in 1989? Two years, he replied to the colleague from TVA Sports. I think he was in a park in the living room.

“I don’t think he realized what was happening in Quebec at that time.

Joel Edmundson and Cole Caufield clicked the little heart next to their teammate's Instagram post over the weekend.&nbsp ;

“We all know Carey's personality,” Edmundson said. He has always loved hunting. It is one of his passions. It's a shame people see this post the wrong way.

“We know what a good person Carey is. I don't think he wanted to put people in a bad position or in controversy. I'm behind Carey.

“I am convinced that he was not aware like all of us of what happened more than 30 years ago in Quebec. The anniversary date is fast approaching. This is news for all of us to be honest.

“I think it got way too big.

“He has his opinions”

As for Caufield, he appeared uncomfortable when asked questions. questions about Price.

“I'm trying to stay away from that and focus on the hockey,” the small forward said. Carey is a family man and a good person. He has his opinions.

“I don’t believe he had bad intentions with this post. It is important to know a little about the history of the province and to respect the people who live there. »

At the end of the day, Price reacted on his Twitter account. He has not backed down from his opposition to the gun registry law. He made it clear, however, that he meant no disrespect to anyone.

He also added that he disagreed with the infamous promotional code.