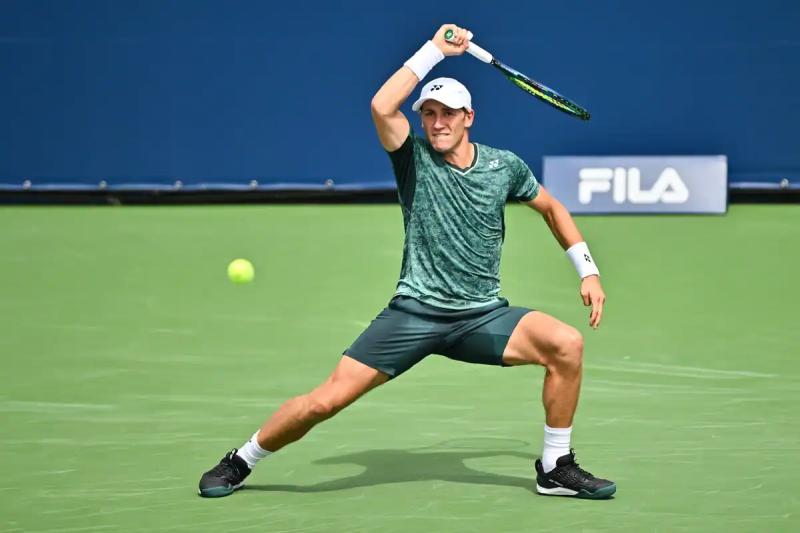 There was also a time when he rather had fun, with skates on his feet, on an icy surface.

Before devoting himself to tennis, during As a teenager, Ruud actually played hockey, like many children in Scandinavia. Even today, the 23-year-old athlete loves this sport. His favorite team, however, is not the Montreal Canadiens, but the Tampa Bay Lightning.

“When I was younger, we went to the Tampa area every year during the holiday holidays because my grandparents had a house there, he said, Wednesday, during a generous interview. We took the opportunity to go see games and I always continued to follow the Lightning. They have so many good players with [Steven] Stamkos, [Nikita] Kucherov, [Victor] Hedman…”

“It's more difficult to follow the matches from Norway, with the time difference,” noted the tennis player, while showing his great respect for his compatriot Mats Zuccarello, of the Minnesota Wild.

While the Lightning have won the Stanley Cup twice in the past three years, Ruud has nine ATP Tour titles, all won since 2020. He has won eight tournaments in clay court and only one on hard court, in 2021, in San Diego.

“I had good results on the hard this year with a final in Miami, however recalled Ruud, about the Masters 1000 competition held in the spring. It was a big step for me.”

The young Spaniard Carlos Alcaraz is the one who beat Ruud in the final in Miami . However, Alcaraz was eliminated on Wednesday at the Rogers Cup. The big favorite Daniil Medvedev, who found himself at the top of the table with Ruud, was also a potential opponent from the semi-final, but the Australian Nick Kyrgios dismissed him.

These surprises are in addition to the absences of Alexander Zverev, Rafael Nadal and Novak Djokovic in Montreal. The path does not look completely open for the Norwegian, holder of the seventh rank in the world.

After defeating the Slovak Alex Molcan in two sets of 7-6 (3) and 6-3, Ruud now has a date with Roberto Bautista Agut, 14th seed and 18th in the world, in the third round. However, he has yet to defeat the Spaniard in two matches on the ATP circuit.

“Obviously I have to go one match at a time. Bautista Agut is an excellent player, very complete,” noted Ruud, about his next opponent.

Against Molcan, Ruud said he was encouraged by the quality of his serves.

“I made at least ten aces, which is not normal for me, indicated the Norwegian, who made exactly 13 aces. It's not my trademark, but on the hard surface, it's faster.”

Saving five break points in six chances will also have helped the Norwegian to progress to the round next.