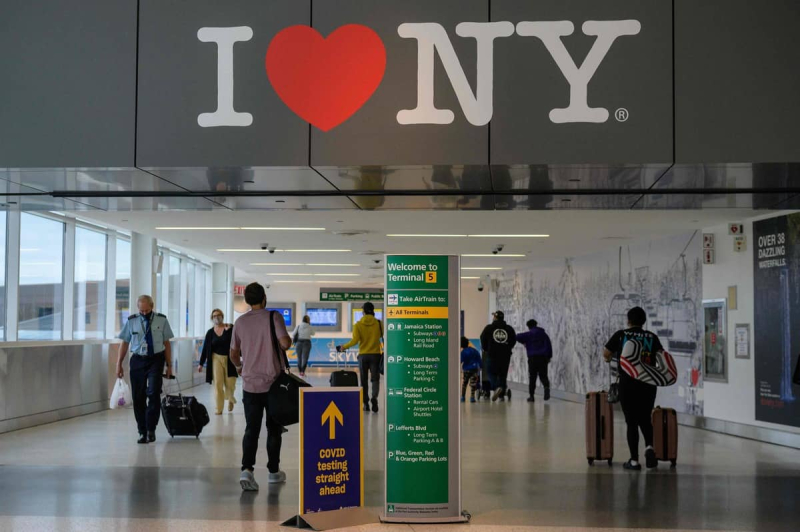 Airport security officers at JFK Airport in New York City were surprised last week to discover a cat locked in a carry-on suitcase while X-raying it.

The ginger cat was apparently uninjured, even after spending several hours in the suitcase and walking around the airport, according to CNN.

The passenger, who was traveling with Delta Airlines to Orlando, Florida, was summoned to explain himself, and told airport officials that “it was not [his] cat, that it belonged to someone else in the household,” Ms. Farbstein reported.

Officers speculated that the cat, which was placed on top of the luggage and whose fur re protruded through the zipper, had entered the suitcase without the knowledge of its owner.

Security officers did not involve the animal welfare service, according to the spokesperson.

The traveler would have finally missed his flight and rescheduled it for the next day, without the chat. The animal, named Smells, didn't seem to be bothered by his getaway.

Farbstein advises traveling owners to put their pets in crates and ask for them to go through security in a private room, so they can't escape.

And if you're traveling without your cat, make sure it hasn't slipped into your luggage against your will.