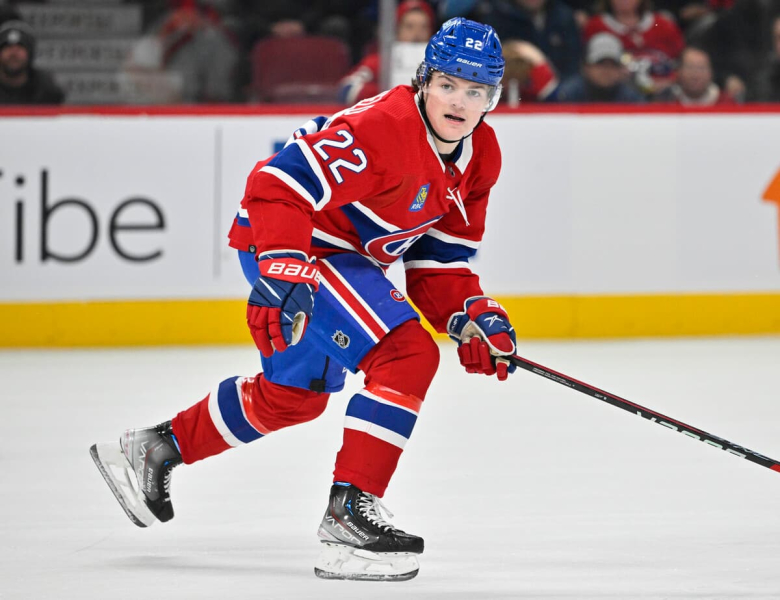 Kent Hughes didn't let out a big secret in his mid-season review when he described Cole Caufield's next contract as a priority for the organization.

Hughes's words echoed all over the place. The statement was nothing special. It was part of simple logic.

On the eve of the visit of the Toronto Maple Leafs and Auston Matthews, Caufield deviated from his habits by agreeing to talk about his next contract.

“You don't want to think about it, but you can't do it, said number 22. It's all over the place, you hear about it. I want to get away from it. It will happen when it happens. But obviously I like playing here, I like this team and this group of players. I'm taking it one step at a time. But yeah, I'm thinking about it.

Caufield didn't just say it was on his mind. He also reiterated his love for CH and Montreal.

“I'm happy here. I love the team, the city, the fans. It's just positive. I think it's a perfect marriage. But like I say, it will happen when it happens. »

Author of 26 goals in 46 games this season, Caufield is heading for a first season of 40 or more goals in the NHL. At this rate, the dangerous left-winger will finish the year with 46 goals and he would become the first player to reach the 40-goal mark since Vincent Damphousse in 1993-94.

A 40-goal scorer usually wins well his life in the NHL. Even very well.

Of the 17, the lowest earner was Jason Robertson. The Stars winger still had his rookie contract at $795,000. We'll come back to Robertson later.

But when we average the 17 attackers, we arrive at a salary of 7.40 million. The figure of seven million therefore logically constitutes a floor for Caufield's next contract, but it will depend above all on the duration of the agreement.

Asked about his strategy to know if he will focus more on the money or the duration of his agreement, the American cleverly diverted the subject.

“Honestly, I don't see it that way,” he replied. I'm looking for what will fit best for me. My agent and other people behind the scene will take care of this aspect. I'm not worried. “

“There are already discussions, confirmed the first round choice in 2019. It's not me who takes care of the talks and negotiations, it remains in the hands of my agent. It's pretty crazy, I'm lucky to discover this reality. But as I say, I try to get away from it, it's not my role. »

In the negotiation game, the CH and the Caufield clan will look at several players for comparison. On the management side of the team, we would probably like to offer a pact similar to that of the captain, Nick Suzuki (8 years and 63 million).

Suzuki will earn an average of 7.875 million until the end of the 2029-2030 season. But the Ontarian signed this contract in October 2021 while Marc Bergevin was still the GM.

In Dallas, the Stars opted for a different strategy with Robertson. The 23-year-old winger agreed to a four-year, $31 million ($7.75 million) pact on October 6.

At the end of this contract, Robertson will be a restricted free agent. But he will also have the power to go back to the bank another time and demand a salary of 10 million or more if he remains such a formidable attacker. We must not forget that the salary cap will end up increasing considerably in the future.

The CH will pray for a Suzuki-style agreement, while Caufield and Brisson will have to push for a slightly shorter pact . The duration of the agreement, much more than the amount, will remain the main strategy in the next negotiations.