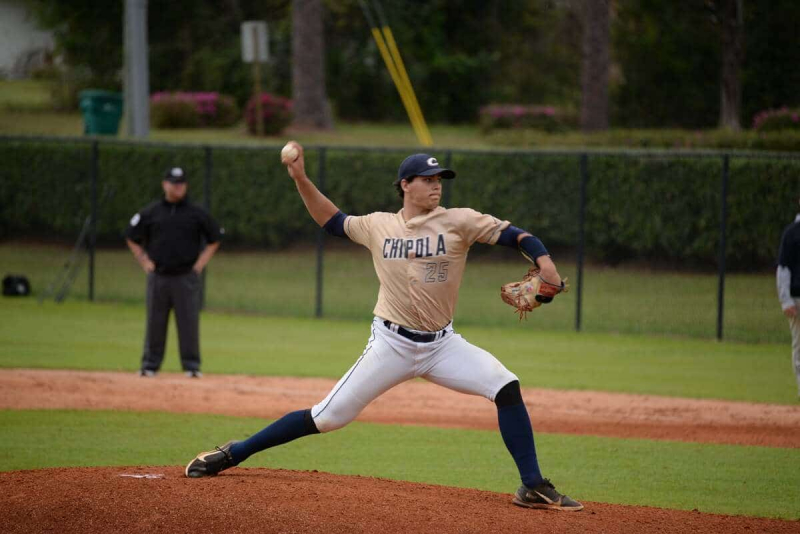 The first Quebecer to be selected in major league baseball this year, pitcher Cédric De Grandpré has still not decided whether he will join the Atlanta Braves or opt for Arizona State University and the NCAA this fall.

Make no mistake: drafted in the 13th round (395th overall) by the Braves on Tuesday, the gunner had only good words for the Georgia club. But the attraction of university studies, for which he obtained a scholarship, is also very present.

“I feel very good, said the young man of 20 when contacted by telephone. It is a very good organization that showed me interest. It's perfect. It's a good team, a good development network.”

“It is not decided yet, he then added about the path he will choose this fall. I couldn't tell now. But the Braves did their part. I can't really comment on that. I need to talk to my coaches.”

Backstage, it was rumored that De Grandpré had the potential to hear his name in the first 10 rounds. But that was not the case. But the level itself was of little importance. It was rather the offer that mattered, and the Braves made a proposal that seems to meet the expectations of the young talent from Saint-Simon, in Montérégie.

“I am not disappointed, since even if I was talked about for the first 10 rounds, the price was not to my liking, he argued. I waited and the Braves gave me what I expected, but later.”

De Grandpré stood out last season with the college roster Chipola, Florida. He claimed an 8-4 record and a 2.80 earned run average. He also had 89 strikeouts in 70 2/3 innings.

Later in the day, the Boston Red Sox selected left-handed pitcher Nathan Landry in the 15th round (459th overall) . Then, Jérémy Pilon, 16, was recruited by the Toronto Blue Jays in the 18th round (548th overall). It is also the first time since 2019 that at least three representatives of the Belle Province hear their name during the same session. Four Quebec players were called up that year.