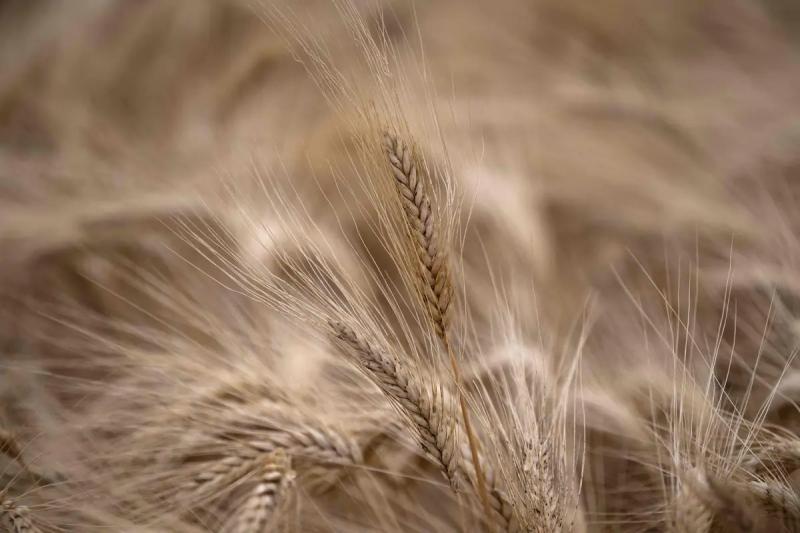 A measured, but very real decline: cereal prices are falling on the markets, worried about gloomy prospects for global economic growth and for the moment rather calm about the summer harvest forecasts.

The price of wheat fell to 372.5 euros per tonne on Euronext on Tuesday, practically returning to its level of two months ago, far from its record of May 16 ( 438.25 euros per ton). Rapeseed, which rose to 880 euros per ton at the end of April, fell back below the 700 euro mark on Wednesday.

“We are facing the anguish of the crisis, on markets which have hit highs and which are starting to come back down, waiting for the new harvest”, declared to AFP Gautier Le Molgat, analyst at Agritel. .

Yields – down 4.7% compared to 2021 in soft wheat in the EU, according to the latest Commission estimates – “will be a little worse than last year, but it is far too early to take action,” he says.

On the US side, “forecasts are less threatening,” according to Jason Roose of US Commodities: “With the United States and South America, with global supplies as they present themselves, global inventories could be the highest of history”.

The heat wave in France and Western Europe came at a time when wheat was already advanced and should not have suffered too much, the weather forecast in Australia are good and the heat on the American “Corn Belt” helped to warm up the ground that was too cold for sowing: these factors, which are rather reassuring at this stage, favored a correction in the markets.

For Dewey Strickler, of Ag Watch Market Advisors, “wheat is down in particular because Russia has increased its production, estimated at around 89.2 million tonnes, which would be a record”. An estimate deemed “very optimistic” by Agritel.

80% of the land sown in Ukraine

“We also see a market rather reassured by the fact that the situation has not worsened on the Ukrainian front, despite the lack of progress on possible maritime corridors to get grain out of the country”, underlines Damien Vercambre, broker to Inter-Courtage.

Analysts estimate between 1.5 and 1.7 million tonnes of grain (all products combined) now leaving Ukraine each month by road and rail , which is still 5 to 6 times less than before.

The urgency for kyiv remains to evacuate its last stocks to be able to welcome the new harvest. “At first we thought they were going to sow only 20% of their crops in Ukraine, then only 40%, now it looks like 80% of the crop has been sown,” says Jason Roose. “Now the question is whether they will be able to get these crops out.”

After state visits to Ukraine, meetings at European level and exchanges between Kyiv and the African Union, “ we feel that there is still a desire to facilitate business and the market takes this into account,” said Mr. Le Molgat.

In a still volatile context, buyers are timidly returning, hoping for more reasonable prices: Algeria is said to have bought around 600,000 tonnes of soft wheat this week from optional sources and Tunisia has launched a call for tenders for 75,000 tonnes of milling wheat and 50,000 tonnes of feed barley, reports Inter-Courtage.

As for oilseeds, the fall in prices is also significant, after the recovery of Indonesian palm oil exports and thanks to the decline in oil prices – soybeans, rapeseed or palm oil being valued as agrofuels – and lower Chinese demand for soybeans due to confinements.

On the Chicago Stock Exchange, shortly before the opening, the price of wheat of the SRW variety reached 9.8325 dollars per bushel and corn 7.57 dollars for deliveries in July. Soybeans were trading at $16.6575.