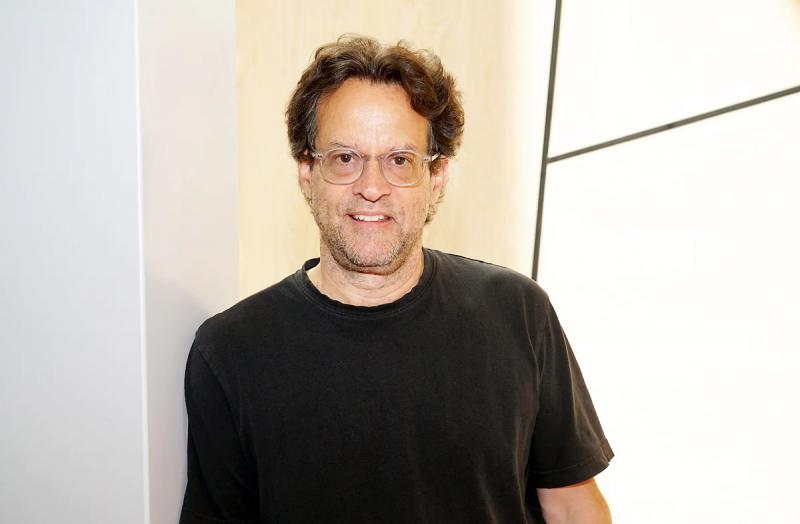 He is the father in the series Anna et Arnaud with Guylaine Tremblay, find his friends from Mecs for a third season, is working on the writing of a police comedy for the cinema with Louis Bélanger and is preparing for the spring, a theater show which will mark the centenary of Jack Kerouac. Alexis Martin still found the time to resume his character in Cerebrum 2: a troubled being whom he portrays with impressive accuracy.

Alexis Martin had laid the foundations and traced the main features of Jules Côté's character in his few scenes from the first season of Cerebrum. He is delighted to have had much more material to work with, his character holding a very important place in the plot of this second investigation.

“I had to refine the character, explains the actor. It's like a building by floor at the bottom. The time between the first and second seasons was quite long due to the departure of Claude Legault (replaced by François Papineau as psychiatrist Henri Lacombe). This allowed the character to grow. Maturation time cannot be bought. When I arrived to replay him, I felt like he was all there, all armed, close and I let myself go. »

The 58-year-old actor indeed seems to have completely abandoned himself to interpret this character, which he sees as one of the defining roles of his career (along with the one in the series Appearances broadcast in 2012) . So much so that the one who usually suffers from insomnia had no sleep problems during this shoot which tired him both physically and psychologically. The scenes were numerous and often very emotional and the days very busy.

Shooting in a non-chronological order (as is the case when shooting series or films) added a layer of complexity to his work and acting; his character addicted to alcohol and drugs going through various physical and mental states over the course of the series.

“Jules is a very troubled character and full of anger, he continues, referring to the beauty of experience and job requirements. He lacks self-esteem, feels inadequate and seeks validation. That's what I put as the driving force behind it: he can't recognize himself in the outside world and is, moreover, in the process of losing the only validation he had when he was little, which came from his mother. This confuses him completely and makes him vulnerable and manipulable. »

The actor explains that he has put his acting in tune with that of Micheline Lanctôt, who plays a mother who is disproportionately demanding of her son. “As she is Jules’ mother, I had to take from her too. It gave another color to the character and I found that very interesting. »