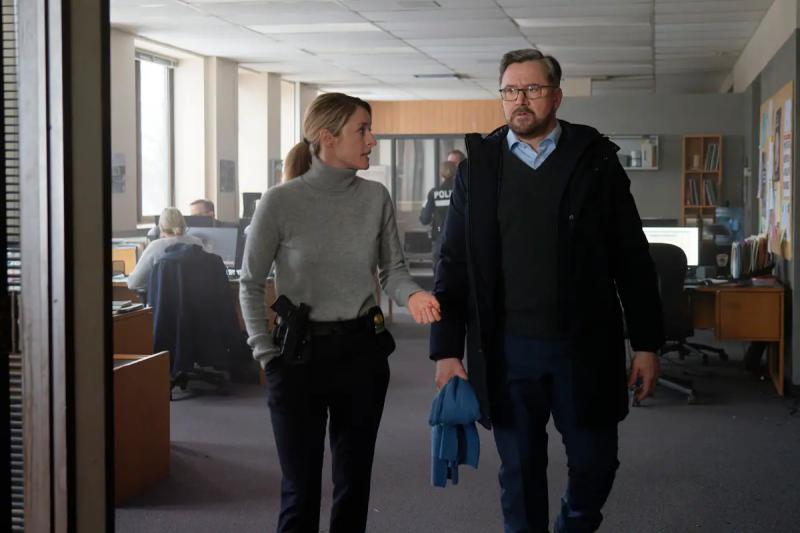 The replacement of Claude Legault by François Papineau in the second season of “Cerebrum” is a happy change that will not long annoy fans of this detective series and psychological suspense.

It's as if the new interpreter of psychiatrist Henri Lacombe had always been François Papineau. He slips convincingly into his role, allowing us to quickly turn the page.

As almost three years have passed between the two seasons – due to COVID and Claude Legault's professional break – we must get back into the bath before diving into the new intrigues. Following the assassination of his wife Anne (Evelyne de la Chenelière), Dr. Lacombe left for Asia to clear his mind. Upon his return, investigator Simone Vallier (Christine Beaulieu) contacts him to discuss the trial of Sophie Bérubé-Lacroix (Jacynthe René), Anne's alleged killer. Simone, who is investigating the murders of several young women, also calls on Dr. Lacombe. The latter will not have it easy in the 10 new episodes directed by Guy Édouin and Catherine Therrien. He will even have to call in a bodyguard.

Jules Côté (Alexis Martin), a former patient of Dr. Lacombe, is still in the portrait, in addition to new psychiatric cases carried by the actors Marie-Thérèse Fortin, Frédéric Millaire Zouvi and Anthony Therrien. Fragile and unable to have a healthy relationship with his mother (Micheline Lanctôt), Jules is contacted by a mysterious man, Angel, who starts playing with him like a cat with a mouse.

The table being set for what's next, author Richard Blaimert told Agence QMI that he wanted the second season of “Cerebrum” to be “more impactful” and less “watered down”.

“I wanted us to leave more quickly, for Henri's cases to be more limited in time. There are so many shows, we can no longer take two episodes to settle in, we have to go at top speed.”

Richard Blaimert has lived in California since the start of the pandemic. In relationship for 20 years with an American, who became her husband, the two men previously multiplied the round trips. That was before the world shut down for two years.

When we spoke to him on the sidelines of the launch of ICI Télé's programming at the end of August, he had already laid down eight episodes of the third season of “Cerebrum” which, ideally, will be shot next winter and broadcast in the following months, in order to avoid another long hiatus. “There are going to be new cases, another big story of murders, in quotes, it will be very different again,” he hinted.

The author of the series “Cover Girl”, “The ups and downs of Sophie Paquin”, “Hubert and Fanny” , “New address” and “Charlotte's world” are already thinking about the “carrying idea” that will accompany it for several years for its next series.

“It often comes from our personal concerns”, he said, stressing that he likes to “put himself in danger” and that the next writing adventure must make him smile. “I may have the reflex to do another romantic comedy, as I have just done drama.”

Produced by Sphère Média, the second season of the series “Cerebrum” is broadcast at starting Tuesday, September 13, at 9 p.m., on ICI Télé.