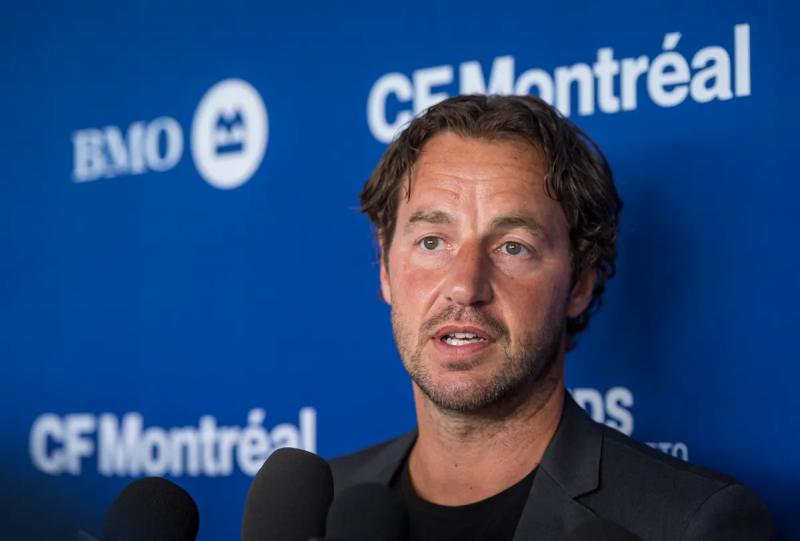 By transferring midfielder Djordje Mihailovic to Alkmaar Zaanstreek this week, CF Montreal completed the biggest deal in its history. For the head of sports management Olivier Renard, there is now a desire to make the club a stage for promising players.

The American has been thinking about the Old Continent for a long time and now his wish has been granted by the Dutch championship team. From the start of discussions with the Chicago Fire to bring him to Montreal in December 2020, Renard knew that Europe was the goal of the 23-year-old player.

Mihailovic was able to raise his game d up a notch in the last two seasons, becoming the club's best passer in a campaign, among others, in 2021.

“It's something he's wanted to do for a few years now. I'm glad the club helped him achieve what he wanted, explained the vice-president at a press conference on Thursday. He has a lot of things to do there, but before he gets there, he is here. We will do everything to end the season with him in the best possible way.”

Renard managed to retain the services of Mihailovic for the last months of the Major League Soccer season, which is significant . In addition to AZ, he had to please everyone with this transfer.

“I tried to make everyone happy with this 'deal',” he said. For the owner, it is certain that by making the biggest transfer in the history of the club, he must give his “OK” and be happy with the sum recovered. The coach wants to keep the player until the end of the season to get the best possible results this year.”

It was also advantageous for Mihailovic to stay with CF Montreal, since it could facilitate a possible selection with the United States at the World Cup, in November. Adapting to a new group is not always easy and a poor start with AZ could have undermined his chances, Renard believes.

Even if Djordje Mihailovic brought a lot to the formation of the Quebec metropolis, the sports director was not going to block his possible departure. The transfer highlights the good development work of the Bleu-Blanc-Noir.

“It’s not a prison here, there is no obligation to stay. I want the emotions to be there on the pitch, to have a connection with the fans. […] [Djordje] is very grateful for what the club has done and we, in the future, that's what we want to do with our players,” he said.

“We want to show that CF Montreal can be a stage for many young players.”

Renard remained silent on the amount obtained for the sale of the player – which would be around 6 million $US rumored – explaining that there were many variables and clauses. He did, however, confirm that a resale percentage was part of the deal.