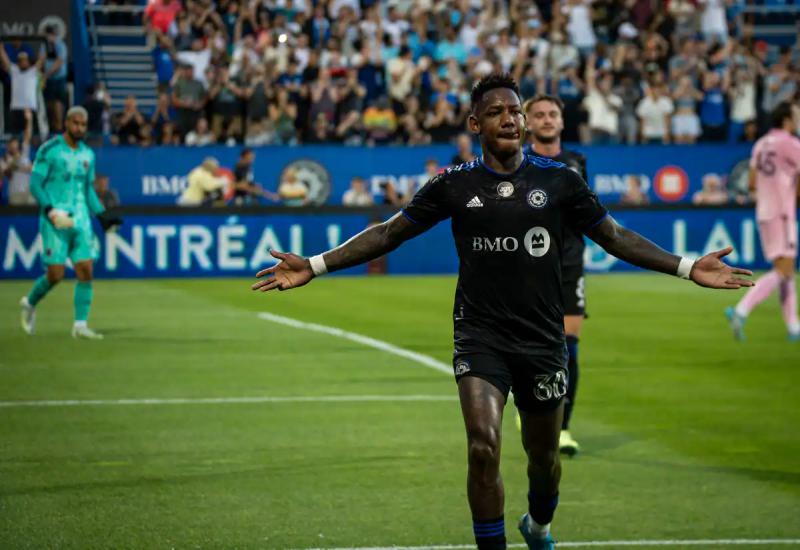 There will be a rare visit to Houston on Saturday, when CF Montreal will be the visitor on the Dynamo lawn. Texas, due to its harsh temperatures, has historically not been very kind to Bleu-Blanc-Noir.

The two clubs have a rather special common history. The visiting team has never won, whether at PNC Stadium or Stade Saputo. They have met 16 times since 2012, with Montreal winning 2-0 at home last November.

“I'm really excited to play that game, because I like the challenges in life,” head coach Wilfried Nancy said Thursday at a press conference. We have a good challenge, because we have never won there. I've been there several times and it's extremely hard to play there, because it's very hot, the pitch is big, the lawn is in a certain way… Each time, we start the matches of correctly, then after 10-15 minutes, “blackout”.

The occasion is well chosen to make a splash. CF Montreal have never performed better abroad than this season and Dynamo are ranked 12th out of 14 teams in Major League Soccer's Western Conference. He also lost the flag in his last three games.

This game in Houston also begins the streak of 10 games crowning the 2022 regular season When they return from Texas, Wilfried Nancy's men will only play against teams from the East, direct opponents in the standings.

This is why the coach must make sure to rely on his entire group, starting with the goalkeepers. Sebastian Breza and James Pantemis have been taking turns in goal lately and Nancy will continue in that vein.

“I like the alternation. […] At the beginning of the year, I said that we needed a first and a second [goalkeeper] and I continue to say that we need that. But at the moment, in relation to the profile of goalkeepers that we have, in relation to the chemistry that they have between them, I believe that an interesting solution is to make rotations, “he said, not confirming the identity of his goalkeeper on Saturday.

Nancy has been using an eleven type for a few games which he rarely changes. Some starters or substitutes got less playing time due to their performance. And the coach insisted on being honest with them.

He called those playing less in the past week and spoke to them individually. He said he doesn't cut corners with these players, since they still contribute to maintaining a certain dynamic within the group.

“I tried to be as clear as possible with them to give them their current situation. I told them what they had to improve and that yes, I am aware that they are playing a little less, but that they are extremely important. As long as I have these players, I count on them,” he said.

One struggling player is attacking midfielder Joaquin Torres. Regularly used as a substitute, the Argentinian has not scored since May. Nancy certainly had a discussion with him to regain his confidence.

“The only way is to redouble your efforts in training, said the 25-year-old player via a interpreter. That's what I do, I work twice as hard. It's the only way for me to get to the level I know I can get.”

The Houston Dynamo have lost their last three games and had just one point at home since July. At PNC Stadium, they tied FC Dallas 2-2, but were also defeated 2-1 by Charlotte FC and Minnesota United.

The team sits 12th rank in the Western Conference, a position she has known well for the past five years. Remember that CF Montreal is third in the East, with five wins and 15 points more than Dynamo.

Despite his six games in MLS and no points, Hector Herrera was invited to participate in the All-Star Game earlier this week. The Mexican midfielder is a real star, having until recently played for Atlético de Madrid in the Spanish La Liga.

The 32-year-old veteran is slow to make his presence felt, but he will end up doing damage. For now, Houston loses more since the arrival of Herrera.

Head coach Paulo Nagamura admitted after last Saturday's loss to the Vancouver Whitecaps: Dynamo don't have what it takes to compete with the Western Conference greats. According to him, the Houston team will have to take advantage of several transfer windows to strengthen their ranks.

On July 27, the team welcomed its only player of the summer window, the 19-year-old Colombian forward years Nelson Quinones.

Dynamo have scored 29 goals this season and they have been the work of just seven men. By way of comparison, 13 different players hit the target on the CF Montreal side. Houston even released Canadian winger Tyler Pasher, author of two goals this season, last week.

Beware, however, of Sebastian Ferreira and Darwin Quintero, who both have seven goals.

-Will Steve Clark be there?

Houston would be in much worse shape had it not been for Steve Clark's performance. The shoulder of the number 1 goalkeeper, however, makes him a doubtful case for the match against the Montreal eleven. Two weeks ago, against the Philadelphia Union, he had to leave the match in the 26th minute after coming into contact with Alejandro Bedoya. After giving up a goal, he gave way to Michael Nelson, who let five balls pass… An absence from Clark, who was in the cage against the Whitecaps, would almost be a disaster.