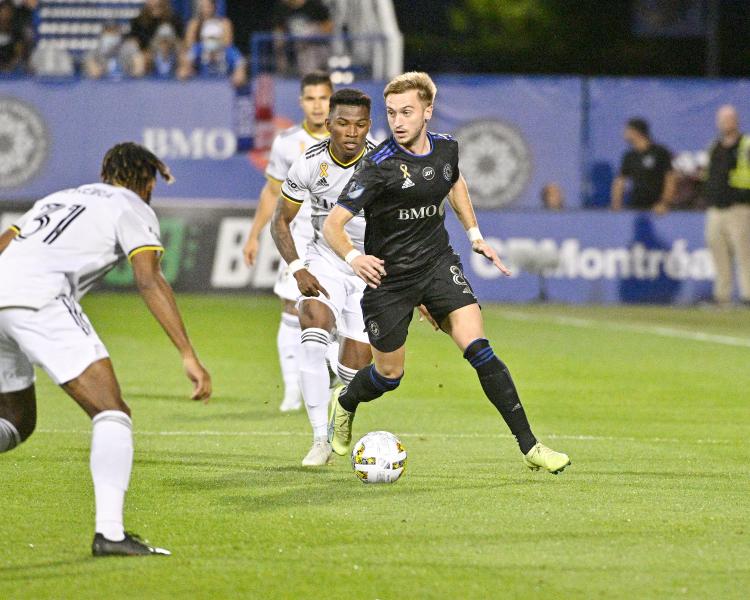 CF Montreal will play its last home game against D.C. United on Saturday, before concluding the regular season against Miami next Sunday.

By start of the playoffs, the objective is to avoid slacking off in order to start the games without a future in the best possible mood.

“We made sure of second position; it would be easy to think that we can rest a little, but it is rather the opposite”, insisted Djordje Mihailovic, Wednesday noon.

“If a team enters the playoffs having not won its last games, the first part of the playoffs could be difficult. It's important to be as sharp as possible. »

Due to the international break, the players had a few days off last week.

Everyone has been back in training since the start of the week, including Lassi Lappalainen, who played unrestricted in a fairly intense simulated match on Wednesday morning.

“It's important to be ready. We haven't played for a week and a half,” Mihailovic maintained.

“It's good to evacuate the oil in the body with a game and find our bearings in order to be ready for Saturday,” added Mathieu Choinière.

D.C.'s visit to Saputo Stadium on Saturday will be a sort of dress rehearsal before the playoffs which, let's remember, will start at home for Montrealers.

“Why not make a copy to prepare? mentioned Choinière.

Mihailovic will not be there, since he will be suspended for accumulation of yellow cards, but he hopes for a great interaction with the fans, especially since the club let it be known on Wednesday that the match will be sold out.

“In the last games, we really heard the fans and we felt their energy. With the arrival of the playoffs, it is even more important for us, just as it is to show them our appreciation by expressing ourselves on the field. “

For Mihailovic, the playoffs are very important this year, and for more than one reason.

“I've only played one playoff game in six years and it was in my first season. I will have the chance to play at least one home game and that is important to me. »

The team is guaranteed to finish second in the East, but the first place is still accessible as much in the 'Is only in the overall standings.

Montreal has 59 points and a chance of six points to go with two games to go.