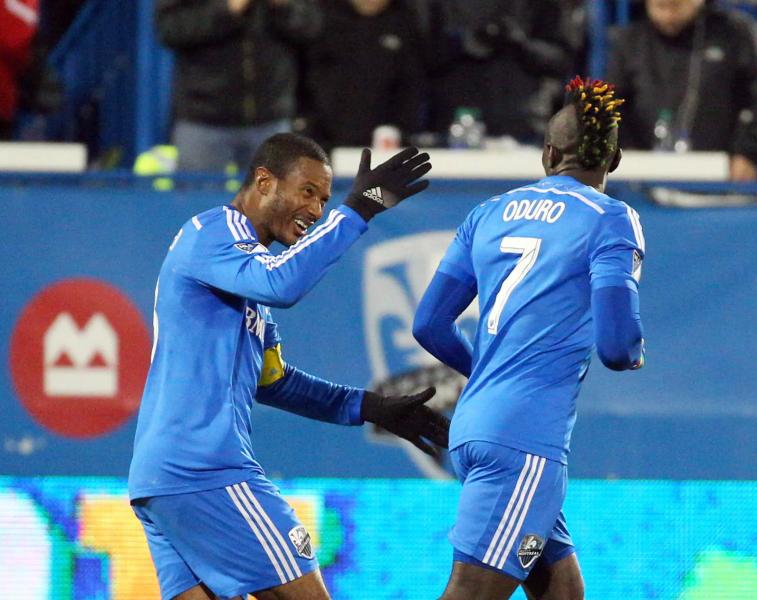 It will be Patrice Bernier's evening at Stade Saputo since tonight we will be celebrating his induction into the Canadian Soccer Hall of Fame.

The opponent will be the Revolution of New England and it's another decision that comes down to the fine details under the administration of Gabriel Gervais.

“It's special because my last game was against that team and I think it's the team I scored the most goals against [4]”, Bernier recalled this morning.< /p>

“Out of 18 seasons, I spent nine with the Montreal Impact. I gained experience before leaving and then returning to the club where I started. »

It goes without saying that he will be happy to live this moment with those who applauded him for six seasons before he hung up his boots in the fall of 2017.

< p>“It will make me happy to experience this with the supporters. I will be able to commune with everyone for this time. It's always good to know that you're leaving something beyond the field. »

Bernier had a very enviable career that took him to Norway, Germany and Denmark before he come home, when the club entered MLS in 2012.

“We always say to dream,” Bernier said. Being from Montreal and Quebec, where I had the chance to play hockey, I was told that I was a little crazy when I left hockey because there are many avenues in this sport.

It must be said that the citizen of Brossard was quite talented, since he played two seasons in the Quebec Major Junior Hockey League, wearing the colors of the Val-d'Or Foreurs and the Sherbrooke Faucons from 1996 to 1998. He amassed 73 points in 143 regular games. Not so bad for a defender.

At the time, it was indeed a little strange to abandon hockey in favor of soccer, a sport with few outlets at the time.

“So you played for the Montreal Impact and then where did you go? I can say that I had the chance to live my dream, to play 18 seasons, to play with the national team, against Brazil or Portugal,” he said.

Captain of the Impact in his last four campaigns, Bernier has been a true role model for his youngest teammates, including Samuel Piette, who dreams of following in his footsteps.

“I would like to be that person. . He is the eternal captain of the club and he has done so much for Quebec soccer. It is certain that later, at the end of my career, I want to have my name next to that of Mauro [Biello], Patrice and the greats of Quebec soccer. »

If Piette speaks thus of his former teammate, it is because Bernier quickly grasped his role on his return to his club of hearts after more than ten years of absence.

“Coming back at the club, I realized that I was becoming not only a player, but also a spokesperson because I was the only Quebecer on the team. »

We knew for several months that Bernier was the next to become an eternal Canadian soccer player. There was a ceremony in Vancouver at the beginning of the summer.

The main interested party returned today to the circumstances in which he learned the news.

“I was in a Zoom meeting with associates of a company in which I am involved. My father was there too, he is an accountant and my associates wanted to meet him. »

« I noticed that we were several in the meeting and Samuel Piette and Mauro Biello appeared to tell me that I would be inducted into the Hall of Fame of canadian soccer,” he said.

Last season, the Revolution soared above the competition by finishing first in MLS with 73 points. However, things are very different this year as the team is fighting for a playoff spot. Has the effect of head coach Bruce Arena worn off?

In addition to the fatigue of a game in the middle of the week, the “Revs” must deal with absences. Henry Kessler (COVID-19 protocol), Ismael Tajouri-Shradi (leg) and Gustavo Bou (leg) were all absent on Wednesday.

< p>Part of New England's difficulties can be explained by the loss of Polish striker Adam Buksa, who played his last game on May 21 and then transferred to Lens, France, in July. He had scored seven goals and two assists in 10 games.

It will be easy to take the New England lightly, but the club still scored 22 goals in 13 road games compared to just 16 in 12 games at Gillette Stadium.

CF Montreal returns to Stade Saputo with a six-game unbeaten streak (4-0-2), but tomorrow night's opponent, the New England Revolution, is not left out as they is undefeated in five games (2-0-3).

Montréal is second in the Eastern Conference with 43 points, five less than the Philadelphia Union, which nevertheless played one more game.

A win over the Revs tomorrow night, coupled with a Union loss to D.C. United in Washington, would put the team in an excellent position to claim first place, but more importantly to secure at least one playoff game at home.

“We believed in ourselves, we look at the first position and we know that we are very close, supported midfielder Mathieu Choinière today. If you tell me that at the beginning of the year, I may say no, but now we believe in it very strongly. »

Unlike CF Montreal, the Revolution is chasing a place in the playoffs. It was quite the opposite last season.

“I remember last year, New England beat everyone and were at the top of the table while we were in the process of beat and we were far from the playoffs, ”noted head coach Wilfried Nancy on Thursday.

The “Revs” are sixth in the East, just inside the playoff picture, but the fight is very close as Atlanta United, who are 13th, are only five points behind.

“They may have to push to get points and continue to climb the standings, argued midfielder Samuel Piette. But that means that a team that does that maybe opens its game a little more. With the offensive weapons we have, if you give us a little space, we will be able to take advantage of it. »

Montreal also has the advantage of being rested after a week of training at home.

New England hit a tough 2-2 draw against a direct opponent in the playoff race on Wednesday in Toronto.

“For sure on their side there will be fatigue, but we expect them as we approached Houston or New York City, “insisted Piette.

” We can perhaps take advantage of the fatigue of their match in the middle of the week to attack them from the start.

♦ Defenseman Rudy Camacho will be out with a shoulder injury.