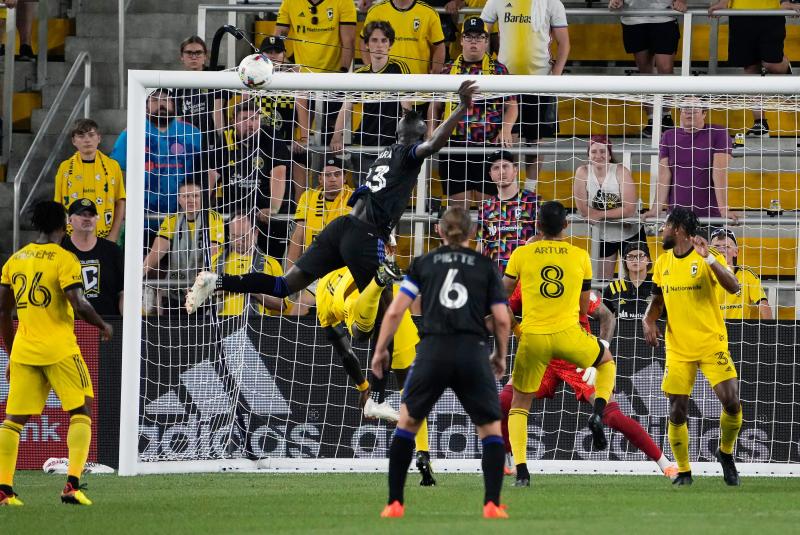 The Columbus Crew have their sights set on an Eastern Conference playoff berth and in this final sprint, their next opponent is CF Montreal, who they could face again after the regular season. See the CFM press briefings on the occasion of this duel in the video above.

After 28 games, the Ohio team sits in sixth place with 40 points and will have to watch their backs. The race is very close in the East and head coach Caleb Porter's squad will face direct competitors in the playoffs in four of their last six meetings.

The Crew may still have a lump in their throat thinking about the August 3 setback at Lower.com Field. Leading 1-0 with 15 minutes to go, the home side were stopped in their tracks by lightning in the sky in Columbus. After 90 minutes of weather delay, Montreal imposed its law thanks to goals from Kei Kamara (88th) and Joel Waterman (90th +4) to save themselves with the victory.

This other meeting with CF Montreal on Friday night will come with added pressure, according to midfielder Darlington Nagbe.

“Yes, but not for this reason, he said at a press conference earlier this week of the heartbreaking setback of a month ago. It's only because of where we are in the season. From now on, every game is important and our goal is to be in the playoffs. All the opponents are big from now on.”

Like the New York Red Bulls, who were at Stade Saputo a few years ago weeks, the Crew knows how to perform outdoors. The team's record abroad (3-2-8) is nothing incredible, but it proves that the group does not often suffer defeat on opposing lawns.

“We've been one of the best teams on the road this season,” Porter said. We haven't always won, but we have achieved results, which shows that we have a strong and constant mind. We are confident.”

Four of their last six games will be away from Columbus. The coach, however, believes that his group can aim for the top 4 in the East. If the Philadelphia Union (60 points) and CF Montreal (52) seem untouchable, the Red Bulls (47) and New York City FC (46) are within their reach.

Porter especially hopes that his men will react well in Montreal. Since the loss, they are undefeated in their last six meetings.

“We know this team very well, since it is the second time that we meet them, he said. There is no mystery. They are a good formation, one of the best in the league. I think we played well against them most of the time, except for a few games.”