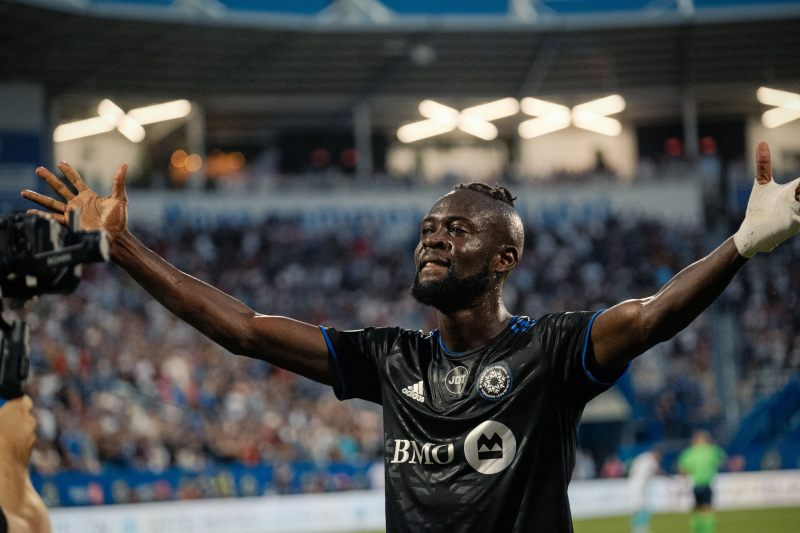 Even without Djordje Mihailovic, who is rumored to be sending to Dutch club AZ, based in Alkmaar, CF Montreal's attack was particularly inspired on Saturday at Stade Saputo, defeating the Revolution de la Nouvelle- England 3-0.

Although a masterful collective effort enabled this convincing victory, Romell Quioto was the offensive hero of the Football Club.

The Honduran striker started the match by setting the table for Kei Kamara's goal in the 26th minute. With this goal, his first in the uniform of the Belle Province team at Stade Saputo, Kamara took sole third place among the top scorers in Major League Soccer (MLS), with 135 successes, overtaking Jeff Cunningham .

Then, 13 minutes later, Lassi Lappalainen looked in a good position to find the back of the net, having easily outpaced the opposing player who was covering him, but he preferred to be generous and gently slipped the ball to Quioto, who had plenty of time to complete.

When the crowd favorites returned to the pitch after half-time, Quioto continued their demolition work. In the 55th minute, he first made “Revs” defender Andrew Farrell look bad, before making Montreal fans jump for joy a third time. The Honduran tried to complete his hat-trick afterwards, but was never able to capitalize on an opportunity, he who was finally substituted in the 72nd minute.

Argentinian Matko Miljevic completed the scoring from the penalty spot in stoppage time in the second half. He thus scored his first goal of the season in MLS and his second of his career.

Quiet for the vast majority of the match, goalkeeper James Pantemis was finally put to the test on a few occasions in the Last 10 minutes of play, but he signed the shutout thanks to two saves.

In the standings, CF Montreal maintains its second place in the Eastern Conference, by virtue of a harvest of 46 points in 26 games. His next challenge will be the Chicago Fire next Saturday at Soldier Field.