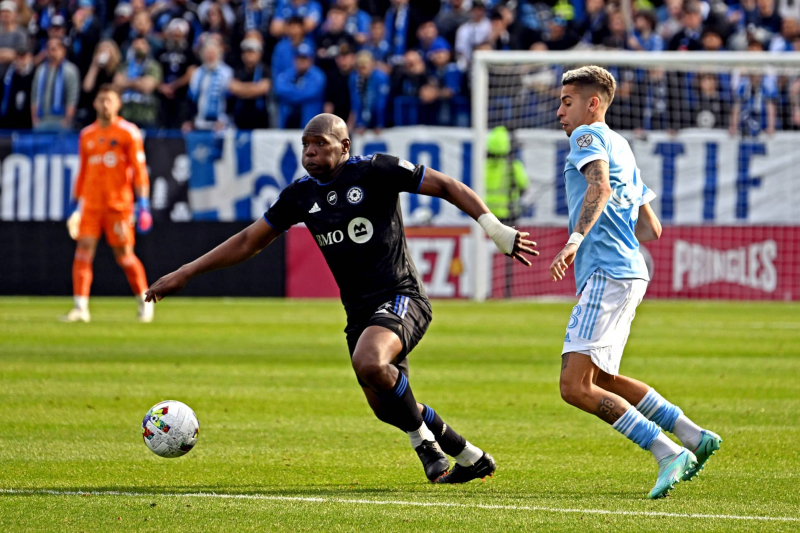 Impeccable since mid-summer, CF Montreal stumbled at the worst possible moment when they lost 3-1 in the MLS Eastern Conference semi-finals on Sunday afternoon at the Stade Saputo.

Everything was in place for an unforgettable game. The weather was beautiful, Jason Di Tullio's mother, Giulia Garofano, was on duty to ring the bell and Stade Saputo was packed with a third straight full house of 19,619 spectators.

But the Bleu-blanc-noir has a pet peeve in this league and it was precisely the expected visit for the party.

New York City FC, which has never lost at Stade Saputo (5-0-2), ended a season that we will not soon forget even if it ended with a big mistake note.

The Cityzen came to play and they showed it quickly by taking advantage of the apparent nervousness of their hosts and Maxi Moralez opened the scoring in the 6th minute.

Wilfried Nancy's men were whipped and controlled the rest of the first half.

Alistair Johnston played an inspired game and threw many dangerous crosses into the opposing box. Kei Kamara notably had two phenomenal chances to score, including a ball that stopped on the post. Otherwise, Sean Johnson was excellent in front of goal for the visitors.

But because football can sometimes be cruel, the visitors doubled their lead thanks to Héber who took advantage of a counter-attack to double their lead in stoppage time (45+3).

In the first half, New York got only two shots on target which resulted in two goals.

Wanting to give a breath of fresh air to his attack, Wilfried Nancy brought on Romell Quioto in the 54th minute. The Honduran striker was a substitute as he is recovering from an injury and hadn't played for a month.

Quioto, however, did not have time to warm up and to weigh on the match.

Six minutes later, another attacking error allowed Gabriel Pereira to net towards James Pantemis who clumsily dived to take the ball away from him. There was no doubt about the penalty shot.

Djordje Mihailovic scored his last goal in a Montreal jersey in the 84th minute, but it was too much, too late. He will at least have allowed Ms. Garofano to ring the bell.

At the moment of a meeting, we saw CF Montreal again, hesitant at the start of the season, which gave the opponent goals as a gift.