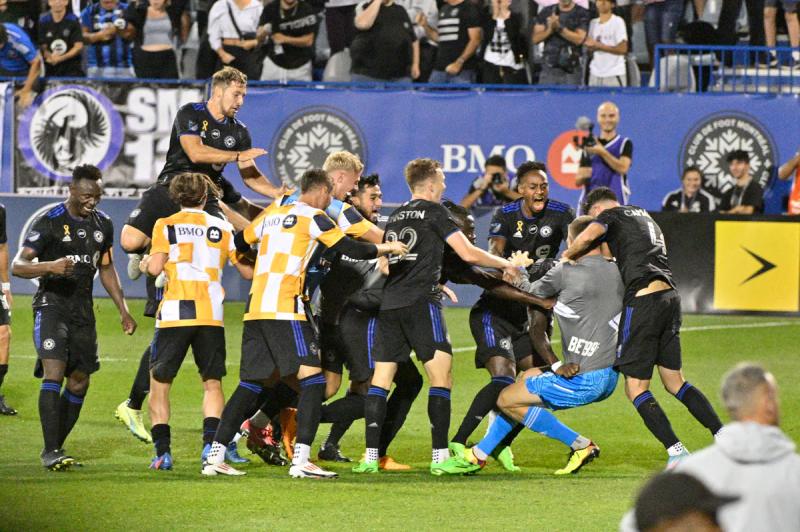 CF Montreal confirmed its place in the Major League Soccer (MLS) playoffs for the first time since 2016 on Friday evening. In its fourth appearance in the season-ending tournament, the Bleu-Blanc- Black will even be a strong contender for the championship.

Zachary Brault-Guillard's late goal, to snatch a spectacular draw against the Columbus Crew, caused hysteria at Stade Saputo. Could this scene be repeated in October at home?

CF Montreal's first home playoff game was in 2015, after securing home-court advantage in finishing third in the Eastern Conference. In the stadium of the Quebec metropolis, he defeated Toronto FC 3 to 0 in the first round.

The adventure, however, ended in the next stage, with a defeat on aggregate against the Crew. The Impact won 2-1 at Stade Saputo in the first game, but a certain Kei Kamara scored two goals in the second game to eliminate Montreal.

In 2016, the Montreal team came out of nowhere by reaching the semi-finals of the MLS Cup, the club's best result to date. He defeated D.C. United and the New York Red Bulls to make a date with the mighty Toronto FC.

At the Olympic Stadium, Mauro Biello's men beat their eternal rivals 3-2, beating more than 60,000 of their supporters. The rematch, at BMO Field, however, went the other way. Tied 5-5 on aggregate at the whistle signaling the end of regular time, both teams had to play overtime. The “Reds” beat goalkeeper Evan Bush twice to save themselves with the victory.

Three years earlier, in only its second season in MLS, Montreal had reached the playoffs, but had been dismissed as soon as the qualifying round by the Houston Dynamo, by virtue of a 3-0 loss.

In 2020, in a different format due to the COVID-19 pandemic, the Bleu-Blanc- Black also failed to qualify for the main draw, being beaten 2-1 by the New England Revolution. Gustavo Bou had scored a goal in stoppage time in the second half to serve a heartbreaking backhand to the Montrealers.