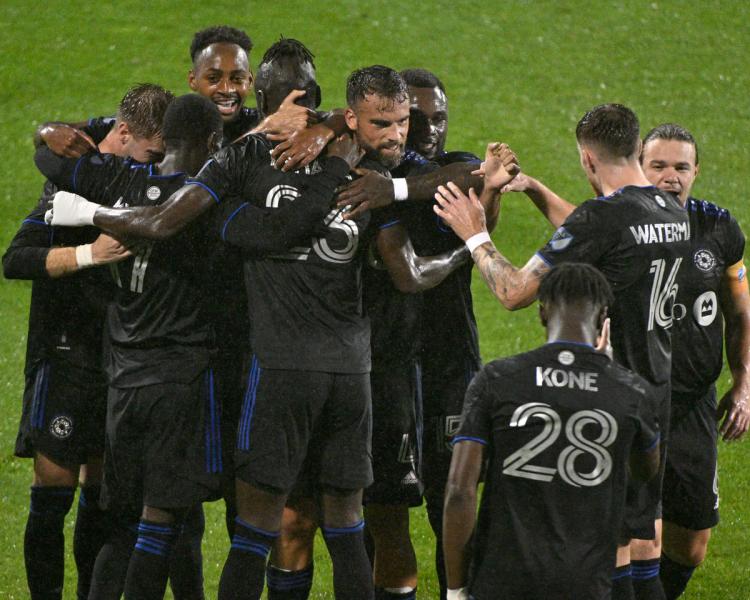 New York City FC won the Big Apple derby against the Red Bulls on Sunday at Yankee Stadium. This result assures CF Montreal of finishing at least second in the Eastern Conference of Major League Soccer.

By virtue of this defeat, the Red Bulls are six points behind the Montreal eleven and have one game less to play by the end of the campaign. Even if CF Montreal lost their last three duels and the New York club emerged victorious in their remaining two, Wilfried Nancy's men would hold the advantage in the standings since they have more wins.

In the duel of the day, the hosts revealed their intentions extremely quickly. From the first minute of play, Santiago Rodriguez redirected a corner kick on the head of Alexander Callens. The Peruvian defender did not ask for more to score his fourth goal of the campaign.

The story repeated itself twenty minutes later. A well-placed corner kick in the penalty area caused great confusion in the Red Bulls camp, opening the door for a skillful cross from Gabriel Pereira into Rodriguez's feet. The Uruguayan almost stumbled but managed to beat Carlos Miguel Coronel to double the lead for his side.

Red Bulls fired nine shots at Sean Johnson's goal but he had no than repelling a shot on target.

Thanks to this victory, New York City FC approached within a point of their rivals of the day and third in the East.

At Mercedes-Benz Stadium, the mighty Philadelphia Union saw their five-game winning streak come to an end, having to settle for a 0-0 draw against Atlanta United.

However, this result will leave a bitter taste in the mouths of guests. The Georgian club could have improved their fate in the playoff race, but were limited to one point in a duel they dominated. Thus, he remains just outside the portrait for the fall ball.

The goalkeeper still reserved his best save of the match at the most opportune moment. In the 92nd minute, he fended off a header from Josef Martinez in spectacular fashion, leaving the star striker flabbergasted.