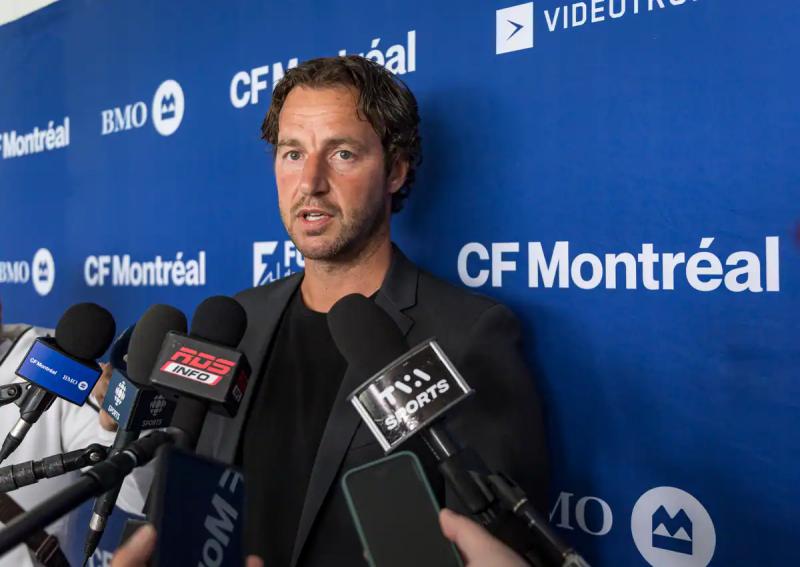 Coming mid-season in Major League Soccer (MLS), CF Montreal sits first in the Eastern Conference. Very satisfied with the performance of his group, the team's sporting director, Olivier Renard, does not intend to move during the summer transfer window.

“If there is no there is no departure, I'm not sure there will be arrivals. […] We are happy with what we have for the moment. That doesn't mean we don't want to improve. If there are departures, we will react,” said the Belgian at a press conference on Friday.

If he had to make an addition, Renard wouldn't turn to a big name just for the sake of it. At Los Angeles FC and Toronto FC, Gareth Bale and Lorenzo Insigne are the two latest stars to join the ranks of MLS, but that's not what the Montreal XI needs right now.

“Taking a designated player to fill the stadium is not what we want. We want a designated player who fits with the team, who does exactly what the coach asks, like all players. We don't want a difference between the designated player and the minimum wage player. He has to run and train like the others, and that's not always easy to find,” explained the man who was recently confirmed in his position by the club.

At the level of sales, Renard is not excluding anything.

“Players are sometimes like shares on the stock market: you have to know how to sell them at the right time”, he mentioned, specifying that he did not want to affect the level of play of his team.

According to the words of the sporting director, CF Montreal would have approximately $400,000 available under the salary cap. He's had some very good deals within MLS itself, including adding Djordje Mihailovic, Alistair Johnston and Mason Toye since 2020, and would be willing to loosen the purse strings for another young player should the opportunity arise.

“When you're sure about an inside player, you're not afraid to put the money where it's needed,” he said.

Renard is also happy to see that no member of the Bleu-Blanc-Noir wants to leave Montreal. Wilfried Nancy's group is more mature this season, which allows them to get better results.

“There is no player who is currently asking to leave, whether he plays or not. , he said. It means that there is a good atmosphere in the locker room and that everyone is focused on our sporting objectives. Everyone is in the same boat.”

The role of veterans

While young people are his priority, the 43-year-old recognizes that veterans like Victor Wanyama and Kei Kamara play a big part in the squad. For now, the plan is to bring them back next season.

Forward Mason Toye, defender Joel Waterman and head coach Wilfried Nancy have been included on the team of the week in the MLS. CF Montreal will return to action on Monday against the Los Angeles Galaxy.