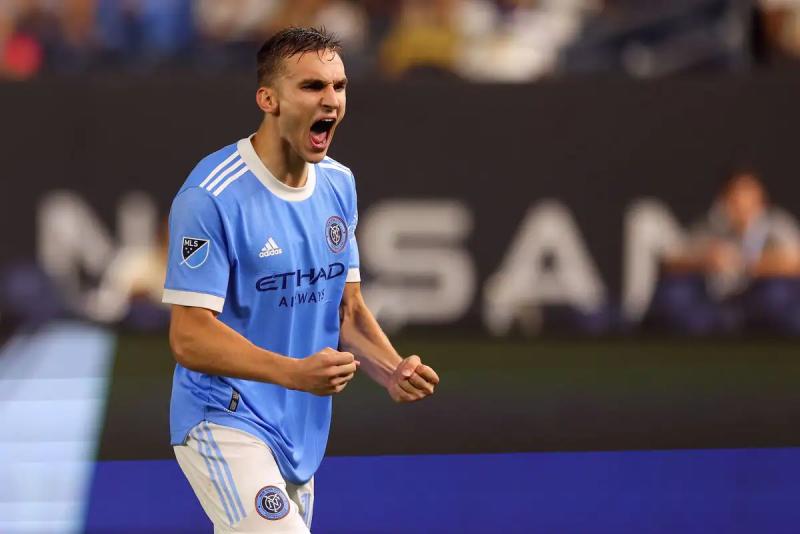 New York City FC had an opportunity on Wednesday night to overtake CF Montreal for second in the Major League Soccer (MLS) Eastern Conference standings, but Charlotte FC decided otherwise by beating them 3 to 1 at Red Bull Arena.

New Yorkers had to leave Yankee Stadium to the Yankees for this game, being instead the team hostess at the New York Red Bulls stadium in Harrison. Charlotte took advantage of this change of scenery to impose herself.

Karol Swiderski shook the ropes for the eighth time this season, in the fourth minute of play. The video replay was necessary to check if the ball had indeed crossed the goal line, goalkeeper Sean Johnson touching the round object in a desperate move as he crouched in his own net.

After the Pole's goal was confirmed, NYCFC tied the score before the break through defender Maxime Chanot.

It all came crashing down late on for the home side when Brandt Bronico restored Charlotte's lead in the 77th minute. Captain Christian Fuchs then took the fans' breath away by converting a 'penalty' in stoppage time.

In the standings, New York has 42 points, one less than Montreal. In fourth place, we find its neighbor, the Red Bulls. The New Jersey team won 2-1 over Atlanta United to climb to 40 points.

Josef Martinez pulled one back in the 94th minute, but it was too little too late for Atlanta. It was the first goal for the Venezuelan striker in more than a month.

The new acquisitions of Toronto FC continued to make their mark on the end of the season, as Federico Bernardeschi and Domenico Criscito hit the mark in a 2-2 draw against the New England Revolution at BMO Field.

Bernardeschi put the “Reds” ahead in the 31st on a penalty shot. Thomas McNamara and Justin Rennicks, however, replied quickly for the visitors.

Just before the last quarter of an hour, midfielder Michael Bradley found Criscito's foot with a raised pass. The volley shot from the full-back entered the cage guarded by Djordje Petrovic, who could do nothing about it.

Toronto is 11th in the East after 26 games. Bob Bradley's troops are three points away from a playoff spot.