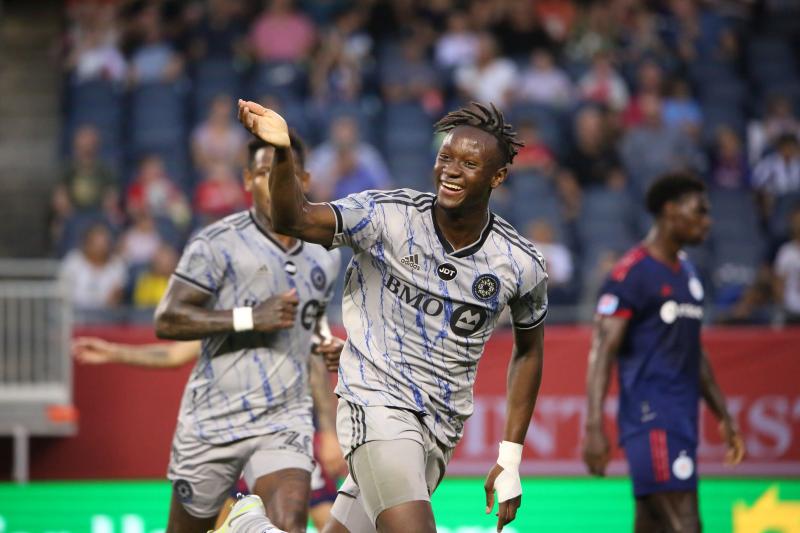 Who can stop the Blue-White-Black? CF Montreal are now undefeated in their last eight games, with a 2-0 victory over the Fire in Chicago on Saturday.

Wilfried Nancy's men offered themselves a cushion of two goals before halftime and managed to defend one man short for a half to claim a sixth victory in their last eight games.

The Conference's first place East of Major League Soccer, held by the Philadelphia Union with 54 points, now seems oddly attainable for the Montreal eleven. He is five points behind and has a game in hand against the Pennsylvania team.

Canadian gem Ismaël Koné was capable of both good and bad in today's duel. He opened the scoring in the 19th minute with a magnificent curling shot from the edge of the penalty area, but was sent off in first-half stoppage time after picking up a second yellow card. However, referee Michael Radchuk could be blamed for having had the nervous whistle throughout the game.

Honduran Romell Quioto gave his side some leeway by continuing his impressive momentum . “El Romantico” threaded the needle on a spectacular free kick to make it 2-0.

Nancy also continued to alternate its goalkeepers by offering the start to Sebastian Breza. The 24-year-old Ottawan proved his driver right, stopping each of the Fire's four attempts on target.

CF Montreal will wrap up their road trip on Wednesday when they visit the New York Red Bulls. York.