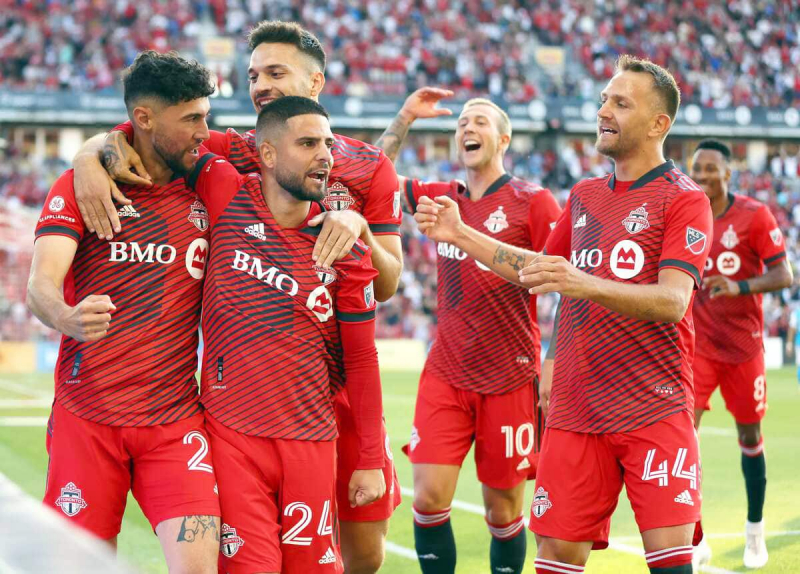 CF Montreal stumbled against the New York Red Bulls on Wednesday, but they will try to get back on their feet when they visit Toronto FC this Sunday night.

The order is not obvious, as it is not at all the same team that we saw earlier this season.

The Queen City team has been shopping during of the summer, adding an Italian trio formed by Lorenzo Insigne, Federico Bernardeschi and Domenico Criscito.

Bottom line: The Torontonians have only one loss in their last eight games (4-1-3).

Last in the East at one time, the TFC are in tenth place with 34 points, only one point behind Inter Miami CF, which occupies the seventh and last place giving access to the playoffs.

Bernardeschi adapted particularly well to his new environment, producing six goals and three assists in eight games, having been shut out only twice.

Insigne had four goals and two assists in eight games.

Wilfried Nancy does not intend to change the way his team plays, it is his trademark. But he wants his men to have more bite.

“They are productive,” Nancy admitted on Friday. There is no particular plan. The plan is to defend the closest player even more aggressively. And then try to stop them from doing what they do well. »

« For sure this team is different, they have offensive assets and put lots of ways to get stronger,” Nancy explained. It is a team that is more confident, that is in great shape and that has had results. »

Camacho, yes or no?

Although Lassi Lappalainen (adductors) will be absent for at least two weeks, Wilfried Nancy could count on the return of Rudy Camacho, who injured his shoulder on August 13th.

“I hope he should be fine, he is training well. There is a good chance that he is in the group, said Nancy.