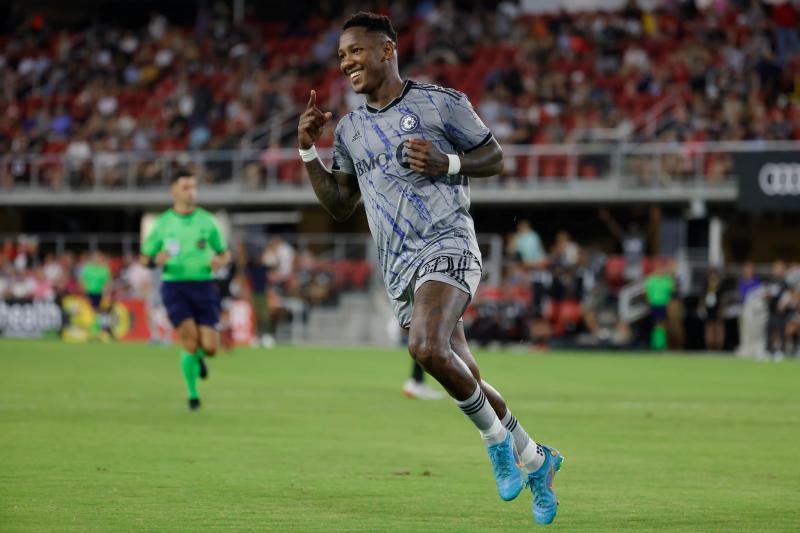 CF Montreal had to work hard in the second half, but a brace from Romell Quioto allowed them to defeat D.C. United 2-1 at Audi Field on Saturday night.< /p>

Quioto didn't take long to get going as he took advantage of a blunder by Donovan Pines to race towards the opposing goal and open his counter in the 44th second.

The one affectionately nicknamed El Romantico continued his good work by constantly disturbing the opposing defenders.

He was rewarded in the 35th minute when he accepted a very nice long pass from Joel Waterman to then beat his cover and go to register his second of the match.

At the same time, he established a new personal mark with nine goals in a season. In 2020 and 2021, he had scored eight goals.

The second half was much more complicated for the visitors who saw Steve Birnbaum reduce the gap to 2 to 1 in the 55th minute.

From that moment, the locals gained confidence and began to believe in their chances of obtaining a favorable result.

The Bleu-blanc-noir also made life difficult at times with perfectible decision-making.

But don't spit in the soup, Wilfried Nancy's men still played a good game which allowed them to climb to third place in the Eastern Association.

We don't want to take anything away from the Bleu-blanc-noir, but the opponent was not particularly well organized defensively in the first half, something that was corrected in the second half.

D.C. was often stunned by the quality of Montreal's technical play, particularly near the opposing box where the men in black struggled.

Meanwhile, the locals were however disturbing a few times, especially because of Taxi Fountas, which had the gift of being forgotten to reappear where it was not expected.

In this respect, D.C. took advantage of the absence of Samuel Piette, who was ill, without whom the Montreal midfielder was a bit scattered at times, especially in transition.

Fortunately, James Pantemis produced another fine performance off his hat for a second straight win.

Casing nothing, CF Montreal established a new team record, this Saturday evening, by winning a fifth away victory in the same season.

“I am very proud, it is part of our objective which is to go as far as possible, in all humility of course, and to write the history of the club”, underlined Wilfried Nancy in his press briefing. post-match.

And because we like pretty statistics, Romell Quioto's goal in the 44th second was not unique.

It was in indeed the third time this season that the Bleu-blanc-noir scored in the first minute of a game.

With a 2-0 lead after a very good first half, CF Montreal seemed to be in good shape, but Steve Birnbaum cut the deficit in half after ten minutes in the second half, which forced the Bleu-blanc-noir to put on their work boots.

“I'm very happy that we won a game in difficulty, admitted Nancy. The first half was very good, we could have scored more goals and killed the game very early.

“I told the guys to be careful at half-time because the conditions weren't easy. We started well, but we had trouble finishing our actions. We are able to win in many ways.”

Nancy insisted that her team presented the same face as the one she offers at Stade Saputo.

“We want to play the same way whether we're at home or away even though we know it's not easy.”

As Wilfried Nancy pointed out, his team could have put the cover on this meeting in the first half with a little more opportunism.

But Nancy remembers above all that his men created many chances to to score and that they pulled together when necessary.

“I'm glad we created those chances. It proves that the guys have stayed on the game plan.

“We missed opportunities, but what I remember is the solidarity of the group. They pulled together.”

Romell Quioto reached a new personal high by scoring his eighth and ninth goals of the season.

Half-serious, half-joking, Nancy maintained that he would have liked to see the Honduran move the strings even more.

“It's good, but he could have score more goals. I always give him higher challenges.

“He knows that with the opportunities he had today, he has to raise his standards.”