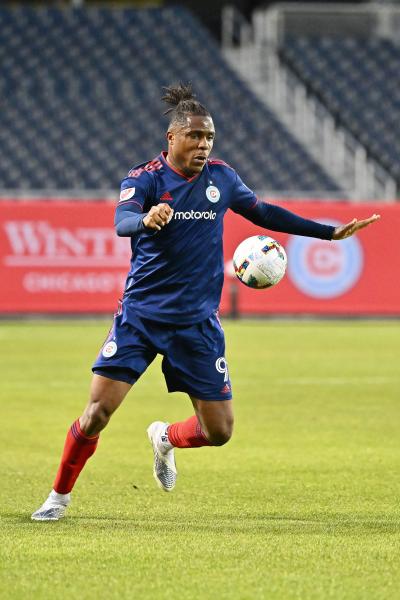 CF Montreal took advantage of the closing of the Major League Soccer (MLS) summer transfer window to add weight to their offense, adding Chinonso Offor from the Chicago Fire on Thursday.

The Bleu-Blanc-Noir paid $325,000 in general allowance to add the 22-year-old Nigerian to their group. The Fire could earn an additional $275,000 depending on player performance. The Illinois team will also keep Offor's transfer fee and salary in 2022.

The top striker has been used less this season than the previous one, being behind Kacper Przybylko and Jhon Duran in the hierarchy. He took part in seven games, including three as a starter, and scored one goal. As of 2021, Offor has seen action in 34 games, mostly as a substitute, and has added one goal and two assists.

Showing a size of 6'3″ and 185 lbs, the newcomer can serve as a solid understudy for Romell Quioto and Kei Kamara up front.

“It was an opportunity that arose just before the end of the transfer window. I already knew him from his time in Europe and the situation in Chicago allowed us to acquire him now for the future,” CF Montreal sports director Olivier Renard said in a written statement.

“ He's a young player who is big and powerful, so an excellent profile for MLS and a long-term project for us. The Fire had invested more money in it and the opportunity was very interesting for us. This opportunity for the future does not mean that there will be departures even if the window is still open for players who leave,” said Renard.

Before joining the Fire, Offor played in Europe with Cypriot and Latvian clubs.