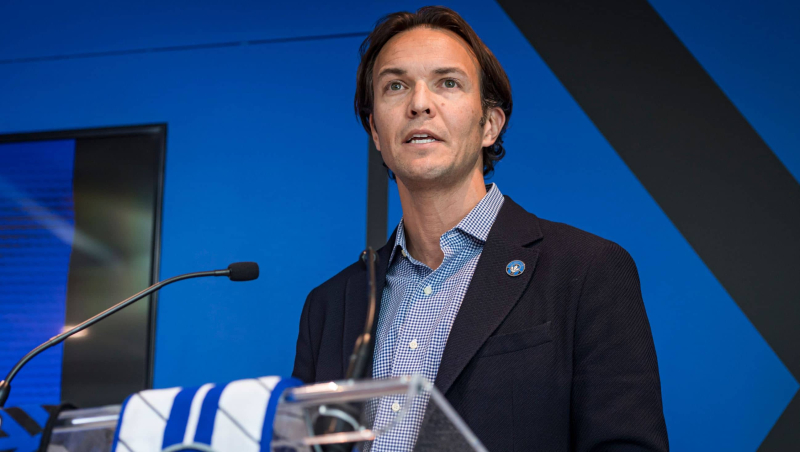 Not wanting to put the cart before the horse, CF Montreal president Gabriel Gervais is for the time being forced to stay away from the women's professional league project in Canada to focus on the creation of the women's section of the academy.

Asked about the circuit that will see the light of day in 2025, Tuesday at a press conference, the CEO admitted to having other priorities in mind. However, he was happy to talk with Diana Matheson, one of the co-creators of the project with Canadian soccer star Christine Sinclair.

“We have come out of the pandemic, the change of brand and name, the good year we have just experienced … There is a certain stability that we must seek in terms of finances, agreed Gervais, who spoke on the sidelines of the departure of head coach Wilfried Nancy. I was quite open about the numbers I shared with you; we lose between $10 and $20 million each year. We absolutely have to stabilize that before investing in other projects.”

Obviously, having an academy for young Quebec women would then facilitate the arrival of a professional club in Montreal. For now, the Vancouver Whitecaps and a team from Calgary have been confirmed for the new circuit.

“What we want to do is start a women’s academy. This is something we want to announce soon. It's still in progress, a little patience on that,” said Gervais, not to mention the timeline.

The CF Montreal has clearly announced its colors by hiring Amy Walsh as ambassador of women's soccer this year. The former player is working tirelessly with Soccer Quebec to set up an academy.

Nevertheless, Gervais does not see himself embarking on the short-term project. Remember that the Matheson and Sinclair league will not start its activities until 2025. The Bleu-Blanc-Noir will at least be there to support.

“Of course, if there is a professional team in Montreal or Quebec, we will reach out to him to help him in any way. Of course, through the academy, we could be an engine to generate talents who can go and play in this team”, he visualized.

“I find that it is a very , very good news: 50% of the population can hope to have a professional league, a platform to be able to practice all year round, improve and develop as an individual. I think it's great,” added Gervais.

The creation of the women's professional circuit will be overseen by the Project 8 organization. It will have eight teams for its first campaign, which should take place between the April and Fall 2025.

Watch Gabriel Gervais' full press briefing in the video above.