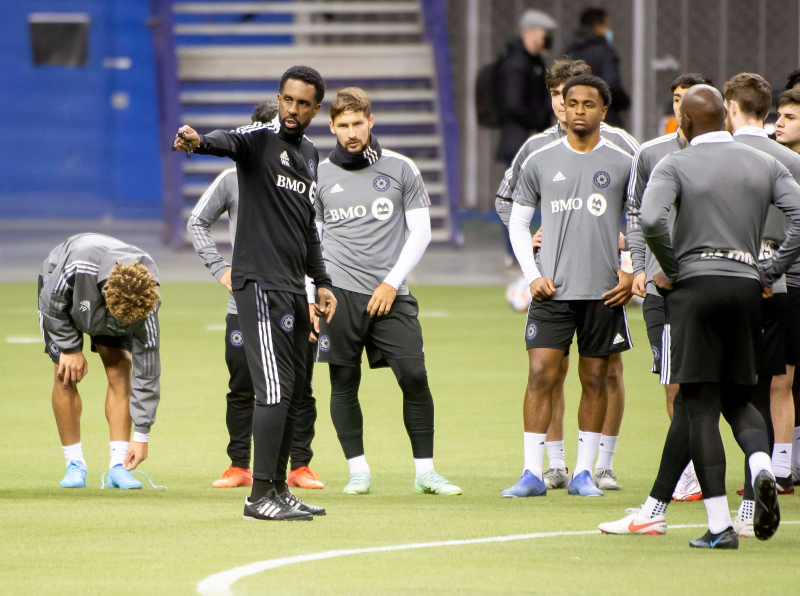 We learned on Thursday that Wilfried Nancy was among the three finalists for the title of coach of the year in the MLS and, according to his players, he is the clear winner.< /p>

“For me, he's the one who has to win and it's not because we didn't make the playoffs last year and we did them so successfully this year,” insisted Samuel Piette on Friday.

“It's quite simply for the work he has done, but also for the person he is. Everyone appreciates him as a person even before as a coach, which is super important, ”continued the CF Montreal midfielder.

Nancy, a calm and humble man, had a reaction well to his image.

“I'm a human being first and foremost, so that's pride, of course. But I'm not alone, there is a staff behind it and there are above all the players, because no matter how much I put ideas in place, if the players don't adhere, I am in deep shit. »

We insist, Nancy has anything but a big head and yet he could, after leading his team to third place in MLS this season, a club which was granted a place in the limit of the playoffs on the wire before the season begins.

“I know where I'm from,” Nancy said. Whether I win or not, the most important thing is that we recognize the work. There is also sacrifice, but above all there is pleasure.

The second-year coach, who is in contention with Steve Cherundolo of Los Angeles FC and Jim Curtin of the Philadelphia Union, is also capable of self-mockery.

“You mustn't get carried away because maybe in three years I'll be coaching Chicoutimi,” joked the 45-year-old.

Rigorous – he even raised his voice during training in the morning –, Nancy knows how to listen to her men and that's what they appreciate the most about him.

“He's very good at dealing with people first. He tried to keep everyone mentally ready and that's why we've had success this year,” said Piette, who added.

“He's the best coach [I've had] for the way he manages his group, and when you talk to him you see that he listens and looks for ways to help you improve. “

“Anyone who knows Wil respects the human before they even start talking about his qualities as a coach, added Kamal Miller. He is very honest and that is what the players want, a coach who is going to be honest with them.

Nancy candidly admits that he, too, has improved over the past season.

“This year, I learned to be comfortable in an uncomfortable situation. Sometimes you have to be sharp and cold with the players on decisions and it's not easy.

“I assume that 99% of the time the players mean well, but sometimes , I have to be tough or demanding with them and sometimes I have to make decisions and it's not easy because I'm a human being, ”he analyzed.

Stay now to know what the future holds for him, as his contract expires at the end of the campaign. The club have an option for 2023. Nancy was evasive, but Piette was more vocal.

“We players are not concerned, but we all want Wilfried to come back with the two years that we have known. Stability is important and he is someone we like to work with and he also likes to work with us.

CF Montreal will host Orlando City in the first round of playoffs on Sunday night.