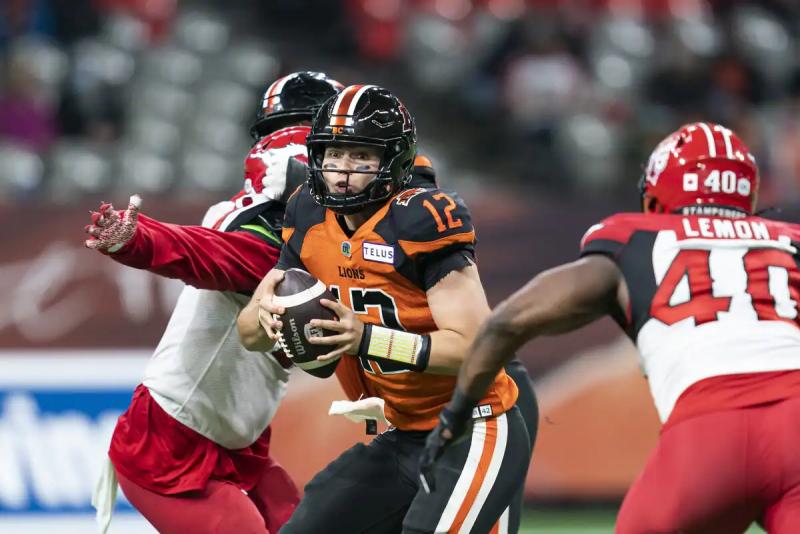 Young Canadian Football League sensation Nathan Rourke was injured in the final quarter of the BC Lions' 28-10 win over the Saskatchewan Roughriders on Friday.

The Canadian quarterback hurt his foot when he was sacked with 12 minutes left in the game. The Lions player was helped by two of his teammates to leave the pitch.

“We won't know [the severity of the injury] until we do further examinations. There is a wide range of possibilities,” head coach Rick Campbell said after the matchup.

Before he fell in action, Rourke had amassed 375 yards and scored two touchdowns with his arm. He also had 63 yards on carries. It was also the fourth consecutive game in which he gained more than 330 yards through the air and the sixth time in nine outings.

Since the beginning of this campaign, the native de Victoria leads the league in passing yards (3,281) and touchdowns (25).

It was center Michael O'Connor who completed the game for the Lions. The latter is also a Canadian.

The British Columbia club will return to action next Friday, again against the Roughriders. He will then benefit from a week off, before heading to Montreal for a duel against the Alouettes scheduled for Friday, September 9.