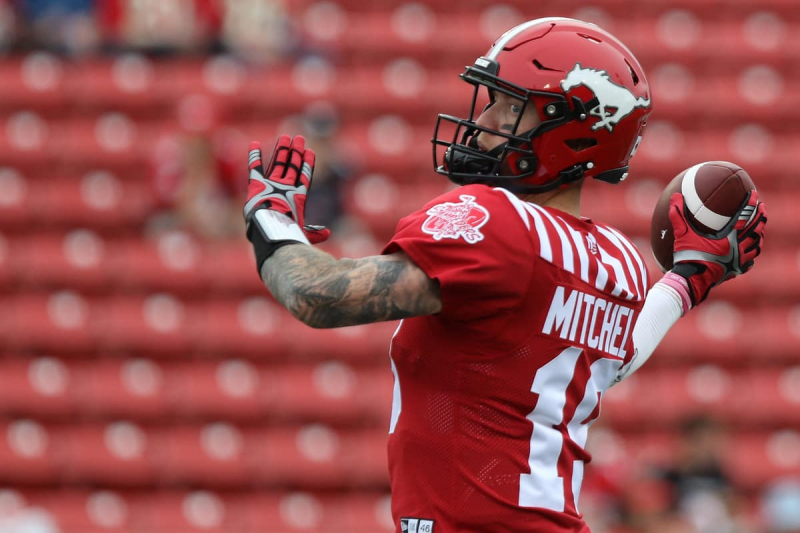 Monday, during Team Alberta's debrief, it seemed more than obvious that this was the 32-year-old's last game in the uniform he's worn for the past 10 years.< /p>

It was Jake Maier who got the start against the BC Lions for the playoff game, he who had stolen the starting job from the veteran in August. Dominated, the Stampeders decided to send Mitchell into the fray in the fourth quarter. The latter was unable to turn things around and his team lost 30-16.

“The message is pretty clear when it's another guy playing and I want to be a starter. said Mitchell, whose remarks were reported by the daily “Calgary Herald”.

The Texas native will become a free agent in the coming weeks. He joined the Stampeders in 2012 and led the club to two Gray Cup titles. He holds the Canadian League records for the most consecutive wins (14) and he is the quarterback with 60 fastest wins (72 games).

Mitchell doesn't seem ready to hang up his shoulder pads just yet, but he already has an idea of ​​what he'd like to do when he gets there and it could go through the Stampeders again.

“For the past two years I've told Dave he'll be the first to get a phone call from me , no matter when that moment comes, Mitchell said. I would love to work for him and with him, because he's a guy I'm still learning from and will always teach me.”

“Even though I've been here 10 years, I don't I still haven't absorbed all this knowledge. His brain is much bigger than his head.”

“At some point I would like to work with him, whether it's next year or whether it's later,” the head coach said. I don't think he should enter the coaching world now, because I think Bo still wants to play.”