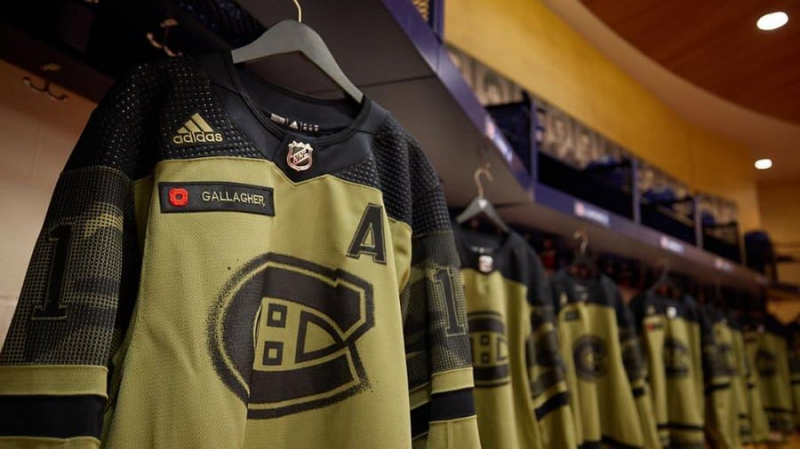 The Montreal Canadiens will take advantage of the Vancouver Canucks' visit to the Bell Center on Wednesday to honor and thank members of the Canadian Armed Forces and veterans.

For the occasion, the Habs players will wear a camouflage pattern t-shirt during the warm-up period. These vests will then be autographed and put up for auction.

The funds raised will then be donated to the organization Support Our Troops and the Quebec Veterans Foundation. Both organizations support members of the Canadian Armed Forces, veterans and their respective families.

Over 85 members of the Canadian Army, Royal Canadian Navy and Royal Air Force Canadian will also have the chance to attend the game against the Canucks. Among them, Brigadier-General J.R.S Boivin and Corporal Maxime Touzin will participate in the pregame ceremony.