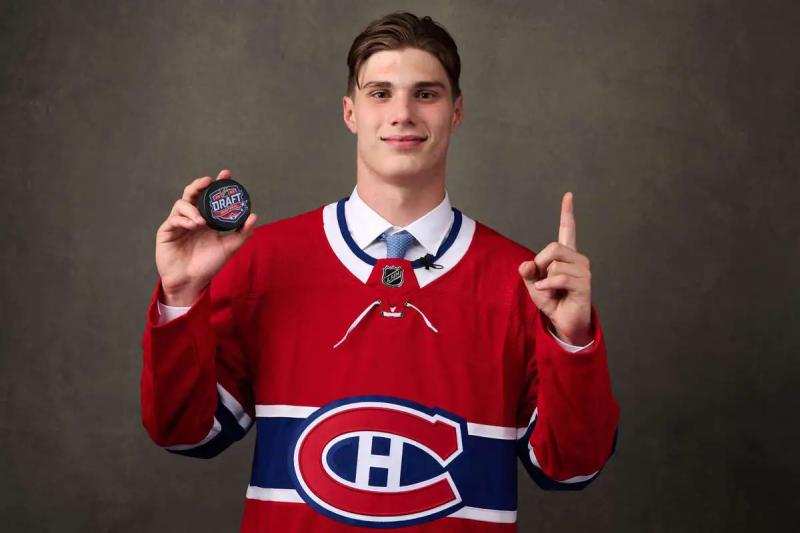 With the draft barely over, the Montreal Canadiens development camp will open on Sunday in Brossard. And Juraj Slafkovsky will be there!

The Slovak striker, who was the first overall pick in Thursday night's auction, is one of the 40 players expected at this camp, including 23 forwards, 12 defenders and five goalkeepers.

Among the players playing on the blue line, however, it must be considered that Kaiden Guhle and Logan Mailloux are currently struggling with injuries. Defender Justin Barron, obtained in the trade that sent Artturi Lehkonen to the Colorado Avalanche last March, will also be on site. The 20-year-old Barron notably played five games with the Canadiens last season.

Forwards Emil Heineman and Ty Smilanic, acquired respectively in trades involving Tyler Toffoli with the Calgary Flames and Ben Chiarot with the Florida Panthers, will also be there.

Sunday will be devoted to testing and off-ice training. The development camp will continue until July 13 with sessions on the ice, in two groups.

In addition to Slafkovsky, the 10 other players selected by the CH during the recent repechage will be present. This includes Filip Mesar, Slafkovsky's compatriot who was also chosen in the first round (26th overall), Ontario's Owen Beck, selected at the start of the second round (33rd) as well as Quebec defender Miguel Tourigny, seventh-round choice ( 216e), among others.

“The list of players at the development camp includes 28 prospects drafted by the organization, two players obtained as free agents, three by way of trade as well as seven invited players”, summarized the organization of the Canadian, by way of press release.

-Striker Jan Mysak, choice of the second round of the CH in 2020, will not be there since he must participate in the training camp of the Czech formation, of which he will be the captain, for the World Junior Hockey Championship.

< h3>List of players present at the development camp