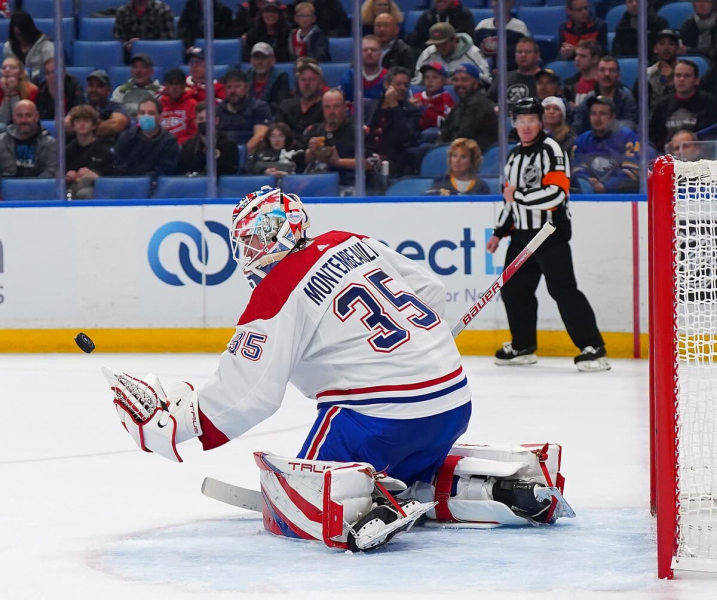 SAINT-LOUIS | With a defensive brigade cut by two veterans and on which there are four inexperienced backs, we expected the Canadian's net to fill at the same rate as that of a Gaspé shrimper. And yet!

Before the games played on Friday night, the Canadiens were ranked tenth among the tightest teams with an average of 2.88 goals against per game. For a team that allows close to 33 shots per game, that's more than respectable.

It is also a sign that the Canadiens' goalkeepers have been doing the job since the start of the season. Moreover, a statistic compiled by the firm Sportlogiq shows that, for the moment, Jake Allen and Samuel Montembeault have saved the furniture more often than not during the first month of activity.

Of the 40 goaltenders who have spent a minimum of 175 minutes in goal, they rank second and third in goals saved per 60 minutes.

“Both are off to a good start to the season. They have a lot of merit, because they work hard, ”said Éric Raymond, the Canadiens goaltender coach, at the end of the practice held at the Blues training complex.

“This is the second year that we have worked together. Today, when we meet and jump on the ice, we know where we are going. Last year, we brought new things. Now, we are consolidating what has been achieved,” he continued.

Obviously, it will be difficult to maintain such a pace. Especially if the evenings of 45 shots like the one Montembeault experienced Thursday night in Buffalo add up.

At least the keeper, who turns 26 on Sunday, is fully recovered from the wrist injury. Injury despite which he played a good part of the last campaign. His progress will certainly be less jeopardized.

“Last year, it was not easy. I've been through a lot of ups and downs,” admitted Montembeault.

In addition, he recognizes that the work he is doing with Raymond is beginning to bear fruit.

“The way he wants me to play really brings out my strengths,” Montembeault said.

We will not leave in fear, because, as Raymond said, “the season is long and there are only eight games played”. Still, it's nice to see the likeable young man enjoying some success and seeing an improvement in his game. hasn't reached its full potential yet.

“There are things that I only started to understand when I was 29. That's when my game hit another level. It's different for every goalie. Some have an innate talent, like Carey. For others, you have to find the right recipe. And the time to find it differs from one to another. »

With a contract valid for another season, Montembeault will have a little more freedom to pursue the search for this recipe.