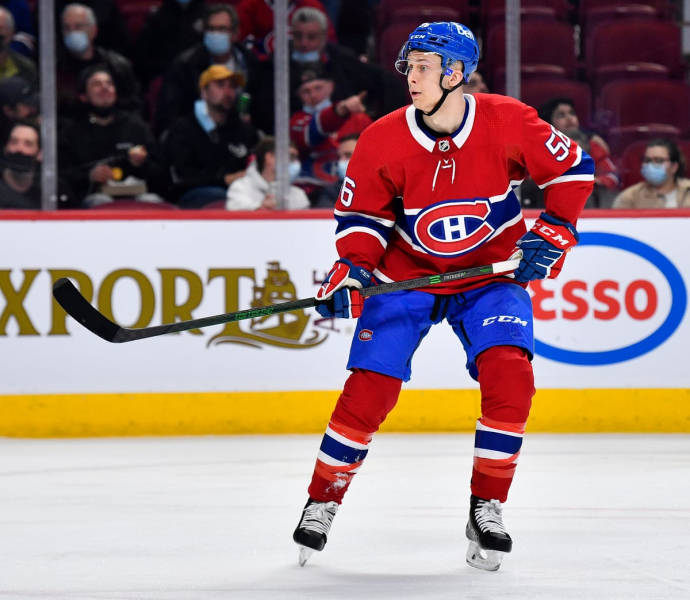 Jesse Ylönen played for the Canadiens for 14 games last year and for one game in 2020-2021. At 23 and in his third season in North America, the Finn will receive another NHL audition.

The day after Anthony Richard was fired with the Rocket in Laval, Ylönen took the opposite path. He received his first recall with the big club of the season.

“I feel really good, I'm happy to get this chance,” Ylönen said. I improved my defensive game this season to become a more complete attacker. I want to show the Canadiens that I can play in this league and that I can help the team.

“There is nothing easy in life, but there are always opportunities,” said Martin St-Louis. It’s not a bad situation for Ylo [Ylönen]. I managed him last season and I know him as a player. I can't wait to see him again.”

Jesse Ylönen will have another chance to assert himself with the CH.

After practice, the Habs offered another medical checkup for Brendan Gallagher. On January 6, the team spoke of a two-week absence due to a lower body injury, obviously to an ankle. Less than a week later, the diagnosis is much more serious with a minimum absence of six weeks.

This is a recurring injury for Gallagher, who had missed 13 games in December before attempting a return to play for three games in Sunrise, Washington and Nashville.

Gallagher has 9 points (4 goals, 5 assists) in 25 games this season. Now 30, the feisty right winger spends way too much time in the infirmary.