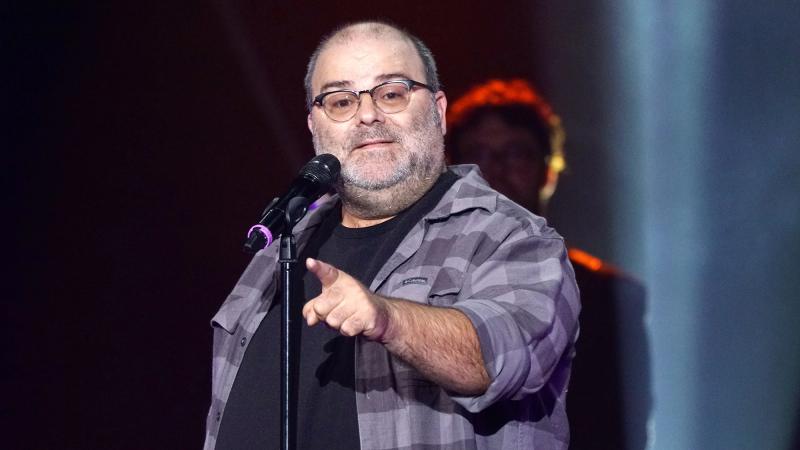 Resuming a monologue by Yvon Deschamps is a real tour de force. Several comedians, including Stéphane Rousseau, Laurent Paquin and Martin Matte, took up the challenge brilliantly Monday evening, during a benefit show for the foundation of the legendary 87-year-old comedian.

At the usual fundraising evenings for the Yvon Deschamps Centre-Sud Foundation, Yvon Deschamps and his wife, Judi Richards, generally call on comedian friends to come and deliver numbers from their respective shows.

This time, the director of the show and Executive Director of the Foundation, Marie-Chantal Renaud, suggested that the guests take up striking monologues by Deschamps instead.

Stéphane Rousseau had the honor of breaking the ice on Monday, at the Cabaret du Casino de Montréal, with I hate babies. The comedian took a few seconds to get comfortable, and we quickly burst out laughing while listening to the adventures of a new father who obviously did not want to play this role. And as Yvon does so well in many monologues, it all ends in a very touching sung moment.

In a class of its own

Laurent Paquin had the task of delivering one of Deschamps' most famous and brilliant monologues: Le bonheur >. Written in 1969, just after the megahit of L’Osstidcho, this text has not aged a bit and it was played in a vibrant way by a Paquin fully invested in his character.

We wondered if the comedians were going to attempt to imitate Yvon Deschamps' own intonations. Instead, they were able to play the texts word for word, to the comma, putting their personal color to it.

Judi Richards and her daughters, Karine and Sarah-Émilie Deschamps, started the evening with the song C'est like that life.

In the second part of the show, Benoît Brière, who also acted as host for the evening, showed how much he is in a class of his own. The actor served the monologue Dans ma cour masterfully and he did not seem at all disconcerted to have to resume the first five minutes of his number due to a microphone problem. Great professionalism.

We had saved for the end the very first monologue that Yvon Deschamps wrote in 1968: Les unions that ossa gives?. And it was Martin Matte who had the challenge of interpreting it. The comedian also pulled it off brilliantly.

As the icing on the cake, a surprise guest came to close the evening. Robert Charlebois, who has known Yvon for over 50 years, came to pay tribute to his friend and his wife, whom he described with three words: simplicity, humility and generosity.

The evening raised $403,255 for the Yvon Deschamps Centre-Sud Foundation.