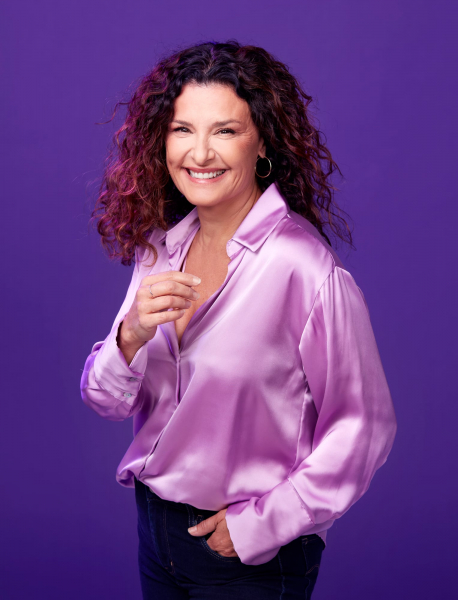 She has long played “contemporary women”, these strong women, with head, and in full possession of their faculties. But at 57, Chantal Fontaine was ripe for a new challenge. Her prayers were answered with the series My Mother, where she slips into the skin – and the psyche – of a lady suffering from bipolar disorder, thus taking on the “largest and most complex” role of his career.

His projects, like his characters, have marked the collective imagination, from L'or du temps to Scoop, passing by Urgence , In the name of father and son or, of course, Virginia. It goes without saying that these series have obviously brought him success and fulfillment over the years.

But for quite some time now, Chantal Fontaine had been dreaming of something else: troubled, vulnerable and perfectly imperfect characters. In short, roles that would take her elsewhere, far from where the public expected her.

A click in this direction has recently been made, both among the public and in the industry. This trigger has a name: Jeannine. It is indeed this role of drug kingpin's wife, in C'est comme ça que je t'aime, which came to shuffle the cards and guide her towards hitherto unsuspected avenues. . Because the actress appeared there miles away from her castingusual, with her excessive tan, her generous necklines and her frizzy hair.

To say that Jeannine did not go unnoticed would be almost an understatement.

“ Rarely have I had so many comments on a role! exclaims Chantal Fontaine. It may have been a secondary character, Jeannine really changed the situation, she put me back in the chessboard. I have the impression that it opened people's imagination, ”adds the actress in an interview with Journal.

The turning point was therefore firmly under way. And it continued, supported first by the role of Monique in A family bond, then that of Chantal Bélanger in My mother, expected on the airwaves of TVA starting November 8.

In this spiritual sequel to the My Son series, the actress becomes a mother suffering from bipolar disorder who will try to regain control of her life after a stay in prison. But his return to the daily lives of his children – and his sons-in-law – will reopen wounds from the past, which have never completely healed.

This character, as we can easily guess, is complex. It requires nuances as subtle as they are numerous. In short, it represents what is commonly called a “very great challenge”, even for an actress of Chantal Fontaine's caliber.

Certainly, this formulation is overused as it is used in all sauces. But no other could better describe the experience of the My Mother series.

“Chantal Bélanger is a dense, intense character,” agrees Chantal Fontaine. We don't have time to go superficial, in secondary school. His story must be told in six hours, so we stick to the essentials; I don't know his favorite color, for example, as each scene is loaded with emotion and meaning. I dreamed of a role like this. And I really feel that I am on my X as I have rarely been, “she continues.

But how to embody on screen with accuracy, delicacy and, above all, respect this invisible evil that silently afflicts many Quebecers? It obviously requires exhaustive research work, an exercise Chantal Fontaine did for several weeks before filming.

In addition to the documentation and the essential videos watched on YouTube, it is through meetings with people close to relatives suffering from bipolar disorder that the character took shape as Chantal Fontaine. Because it was out of the question for her to cut corners, to fall into misery or, even worse, caricature.

“Bipolar disorder can take many different forms. But the important thing is to never forget that there is a personality under it. Mental illness does not define a person. So it's tightrope work to embody that; it sure is hard to play. But at the same time, it's so satisfying,” she explains, acknowledging the “fine embroidery” of the texts by Anne Boyer and Michel d'Astous.

♦ The series My Mother will be broadcast VAT starting November 8.&nbsp ;

The Legacy of Virginia

Even though it's been almost 15 years since Chantal Fontaine left Sainte-Jeanne-D'Arc school, her character of Virginie Boivin in Fabienne Larouche's daily life remains very much alive in the minds of her fans. And it is far from wanting to fade from our collective memory.

No, no one calls her “Virginia” when they meet her. Chantal Fontaine has since built a roadmap provided enough for no one to think of reducing her to this character, as striking as he was. Nevertheless, we still approach him to talk to him about this role.

“A lot of people tell me that they learned French by listening to Virginie. I am told this a lot by newcomers who saw it as a duty at the time: they took this half hour, every evening, to familiarize themselves with our language. I'm still proud to have been part of their daily life,” says Chantal Fontaine.

And why Virginie more than another series?

< p>“There were the teachers who had a good language, and the young people who spoke, well, like young people. It really gave them a polaroid of Quebec language, of how French is spoken here,” she says.

The memories she keeps – like those that are regularly evoked by fans – are invariably positive. Because this privileged bond with the public, she wove it day after day for 12 years. Her departure from the show in 2008 may have been difficult, but it was necessary for the actress.

“I loved this character to the point of giving him my thirties. But I knew it by heart, I was in big golden slippers. I was thirsty for challenges, I wanted to confront myself with my job and explore other worlds,” says Chantal Fontaine.

And that's exactly what she did…and what she wants to continue doing for as long as possible. Chantal Fontaine does not hide it: the main roles intended for women in their fifties are not legion in Quebec.

A sad observation, certainly, but one that she refuses to let curb her ambitions.&nbsp ;

“I want to make a Béatrice Picard of myself and continue to work at 93, playing beautiful characters, whether main or secondary. Basically, all I want is to be able to continue doing my job for as long as possible. I'm throwing that into the universe,” concludes Chantal Fontaine.