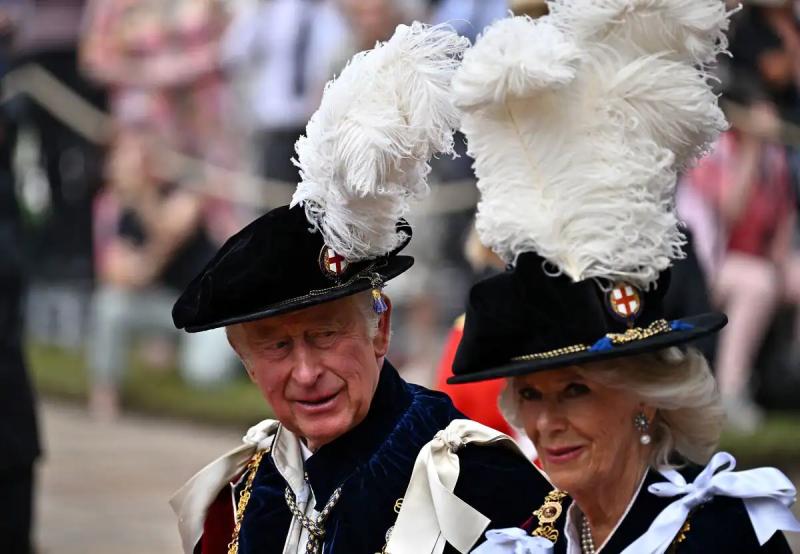 King Charles III is due to address the British on Friday and respond, in one of the first public acts of his reign, to the immense emotion aroused by the death of Elizabeth II beyond the borders of his kingdom.

A period of national mourning begins in the United Kingdom until the funeral, in ten days, of the sovereign who died “peacefully” Thursday at the age of 96 at her residence in Balmoral in Scotland. Sporting and cultural events have been cancelled, department stores have decided to keep their doors closed and railway and postal workers have suspended their planned strikes in the face of the cost of living crisis.

Portraits of Elizabeth II with a benevolent smile and all the ages of his life appear on the front page of the British press on Friday, testifying to the void left by his disappearance after 70 years and seven months of reign.

“Grief is the price we pay for love” is the front page of the Daily Telegraph, repeating the words that Elizabeth II addressed to the American people after the attacks of September 11, 2001 in New York.

“Goodnight Ma'am”, headlines the Sun, “Our hearts are broken” headlines the Daily Mail, while other newspapers publish a photo of the Queen at the time of her coronation soberly stamped with the dates “1926-2022

At 73, the new King Charles III succeeds Elizabeth II with much less popularity, and inherits a kingdom hit by a major economic crisis and shaken by internal dissension, between the consequences of Brexit, the desire for independence and tensions in Scotland and Northern Ireland.

The schedule for the next few days, meticulously prepared for a long time, has yet to be determined. confirmed by the palace, but the broad outlines are known.

After returning to London with Camilla, now queen consort, on Friday, the new king, whose image has not been shown since the announcement of the death of Elizabeth II, will address the British on television for the first time, in a message recorded and broadcast in the evening.

Shortly before, he will meet with the new Prime Minister Liz Truss, whose enthronement on Tuesday by Elizabeth II was the last constitutional act of a life dedicated to the end to his role.

Charles had become much more present in recent months, replacing more and more often, with his eldest son and now heir William, his mother diminished by her health problems.

He expressed a first time Thursday evening in a press release to express the “very great sadness” of his family after the death of “a dear sovereign and a beloved mother”. “I know his loss will be deeply felt throughout the country, the realms and the Commonwealth, and by countless people around the world,” he added.

At midday, 96 cannons will be fired from several locations around the country and the bells of St Paul's, Westminster Abbey and Windsor Castle will ring. Such tributes have already begun on the other side of the globe, in Australia and New Zealand, which are among the 15 kingdoms of which Charles III is now head of state.

Charles must be next officially proclaimed king on Saturday by the council of succession, meeting at St. James's Palace in London.

“Difficult to reign after her”

The death of the sovereign had limited appearances for a night in the hospital in October 2021. Since the announcement of his death Thursday at 6:30 p.m. local time (5:30 p.m. GMT) and from the early hours of Friday, thousands of Britons followed one another in front of Buckingham Palace in London to pay their respects and collect their thoughts. < /p>

The late monarch, known for her sense of duty and her tongue-in-cheek humor, is omnipresent in the lives of the British, present on banknotes and stamps, which will have to change their face. Many people only knew her on the throne.

“I loved her, she was the only leader worthy of the name that this country had left”, regrets Paul White , 48, newspaper in hand at a London train station on Friday morning. “Charles III…it will be difficult to reign after her, but I will support him and his family”.

Charles will have a lot to do to preserve the attachment of the British to the monarchy, an institution that some consider outdated but whose prestige Elizabeth II had managed to maintain.

He succeeded him as head of state of 15 kingdoms, from New Zealand to the Bahamas, which his mother had traveled over the her reign, always dressed in matching outfits, often in bright colors. In the former British colonies that have remained kingdoms, criticism is being expressed about the colonialist past, and republican tendencies are growing.