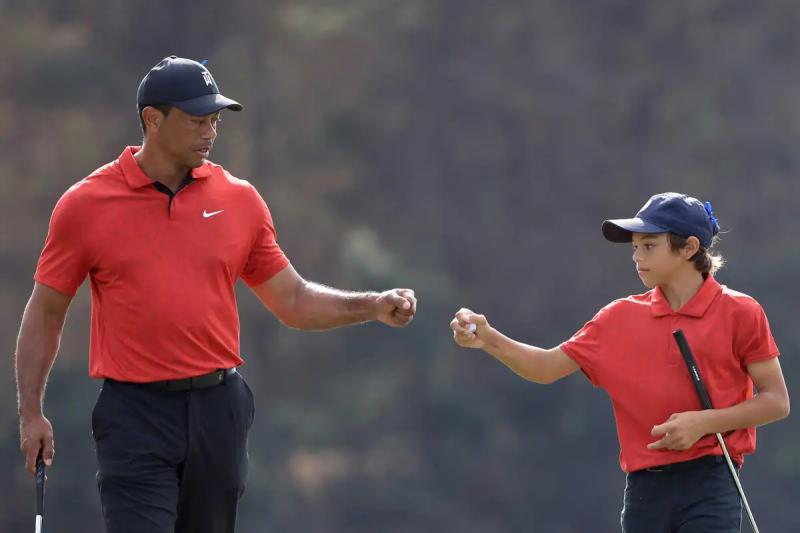 Charlie continues to follow in the footsteps of his father Tiger Woods. The 13-year-old hit a life-best round of 68 in qualifying for the Notah Begay III National Junior Golf Championship last weekend.

Following the advice of his father, who served as his caddy, Charlie particularly distinguished himself on the 14th hole, passing within inches of an albatross. He had to “settle” for an eagle. He also had two birdies on the back nine.

“When I hit, I knew it was good,” he said in a short interview posted on social media from the tournament on Monday. When the ball was going down, I thought it was going to be close, but not so close.”

In total, in this 36-hole tournament, he maintained a cumulative +4 after 36 holes. This is the fourth best result in the 12 and 13 year old division. He also pointed out that having Tiger by his side certainly had an impact on his performance.

“Well, dad told me to be patient, he explained. Just play regular golf. Stay patient, play, focus on each shot, don't look too far ahead. Staying in the game.”

“It was fantastic. I couldn't have done it without him. On some shots, I would have missed so much, but he put me on the right track.

This is not the first time that we have seen the Woods on the same golf course. Indeed, they have participated in the PNC Championship, an event bringing together 20 Grand Slam champions to evolve with a member of their family, over the past two years. They had also caught the eye last winter with a last round of 57 (-15). They finished two shots behind the winners, John Daly and his son John.

The pair could do it again this year, from December 15 to 18, in Florida.