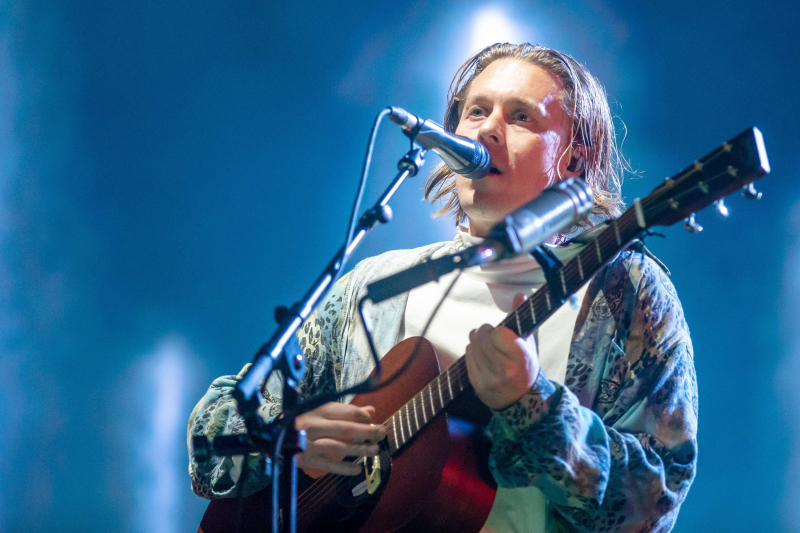 After a rather sparse summer in terms of new songs, the month of September offered us an impressive quantity of new titles from our Quebec artists. Here are the ten that caught our attention.

It's unmissable, each new piece by Ingrid St-Pierre capsizes our hearts. This time, the songwriter is going with a sweet, more committed song, which addresses inaction in the face of climate change. You should also see the superb music video directed by Anaïs Barbeau-Lavalette and Frédérique Bérubé. When the beautiful meets the useful. (RGM)

If the excerpt Dormir dans l'auto is a good indicator of what Mercury will be in May– which will be unveiled on October 14 – we can expect an opus with an atmosphere and sound “à la Rêver moieux” from the popular singer-songwriter. It's all there: poetic lyrics, catchy melody and ever so moving voice. (SEN)

(I Am) In Kommand, Sword

Silent for 32 years, Quebec metal band Sword will soon release a third album. The first single, (I Am) In Kommand, is in line and in the spirit of what they did in the mid-1980s on the opuses Metalized and Sweet Dreams. It sounds and it makes you want to hear the rest. (YL)

We learned a few weeks ago that Pierre Lapointe had been commissioned to design the soundtrack for Sébastien Marnier's French film, The Origin of Evil. On the title track, we are entitled to a duet, which seems to come out of another era, between the Quebecer and the French singer Fishbach. (RGM)

It's sweet, it's nicely metaphorical, it's catchy and you can listen to it on repeat, because it does the soul a world of good. Snake, one of the first singles from the superb new album Crushed Grapes reminds us why Jason Bajada has made a name for himself in the music industry since his debut, he almost 15 years ago. (SEN)

First song written by Alexandre Martel with his joint Lou-Adriane Cassidy, Toune 1 is a relaxed track, groovy, with beautiful vocal harmonies that suddenly fly away. We find there the musical signature of his Anatole project and his ex-formation Mauve. A totally cool song. (YL)

Révélation Radio-Canada 2022-2023, Indigenous artist Kanen offers the first single from his forthcoming album in 2023. On the beautiful Nimueshtaten nete(I miss over there), we hear the singer join her voice to that of Louis-Jean Cormier. Both speak with emotion of their home, the North Shore. (RGM)

Second single from the opus Disruption, which will be released on October 14, Asile is an ironic song full of cynicism in the face of the current troubled times. A title faithful to the sound of the Vulgar Machins with strong lyrics and a powerful chorus as the punk rock quartet knows how to do so well. (YL)

< em>Lesser of the Worst, The Franklin Electric

The accent on the guitar, a very light piercing melody behind and the unique voice of Jon Matte without artifice: that's all The Franklin Electric needs to charm its admirers and win new ones. Add to that a felt text that can be applied to various times in our lives and you have a song that will most likely be a hit. (SEN)

After the two years of darkness that we have just live, the light begins to shine. This new song by the singer-songwriter is intended to be the love song of this revival. Inspired by the 1960s, this track makes us feel instantly good. To listen to to put a little sun in his day. (RGM)