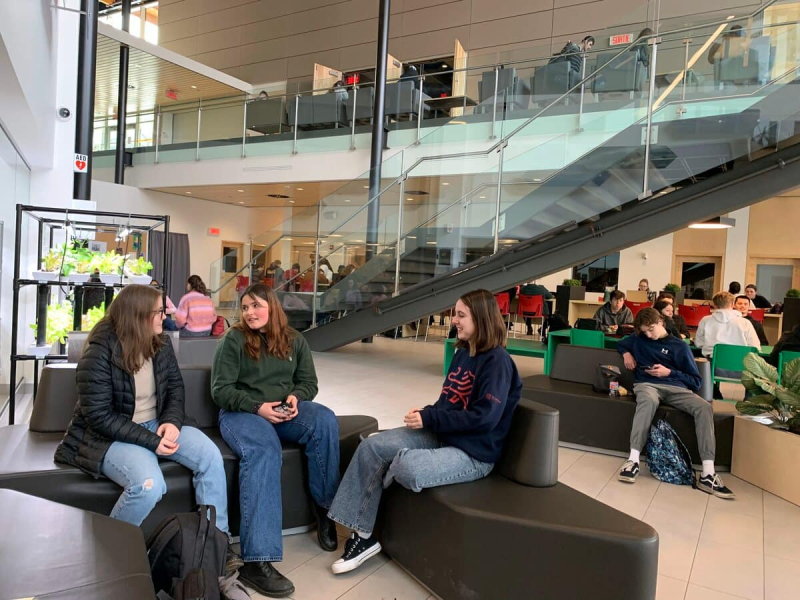 No more remote assignments or on-screen exams. As the winter semester begins Monday in several CEGEPs, the arrival of the chatbot ChatGPT is creating a stir in the college network where teachers are trying to adapt to this tool which can do homework instead students.

“This is the subject that is on everyone's lips,” says Éric Martin, philosophy teacher at Cégep St-Jean-sur-Richelieu.

ChatGPT is a chatbot that has been available for free online since the end of November. Just ask him about almost any subject and the words scroll quickly on the screen (see text opposite). The tool can generate reviews of Quebec literary works, discuss philosophical concepts or trace the origins of the October crisis depending on the number of words requested.

The result does not is not perfect, but good enough to get a pretty good mark or at least a passing mark, according to several teachers interviewed.

“It's stunning! The temptation is very strong for a student, ”says Mr. Martin, who has decided to remove from his lesson plans almost all the work to be done at home. No more six-page essays to hand in at the end of the session.

Several teachers with whom Le Journalspoke have made the same decision, as Yan Maclure, history teacher at Cégep Sorel-Tracy. He is also considering evaluating his students more orally, through interviews, “the time to adapt to this tool” which “raises enormous questions”, he says.

At Cégep Champlain St.Lawrence in Quebec City, business teachers have also warned their students that they will now be assessed in class on paper, pencil in hand, rather than on screen.

Unknown just a few weeks ago, ChatGPT quickly established itself in the back to college this winter. Over the past few days, workshops, presentations and conferences about him have been held at colleges across the province.

The National Federation of Teachers and Teachers of Quebec, which represents the majority of CEGEP teachers, has also created a committee to look into the issues raised by artificial intelligence in education.

At the Cégep de Shawinigan, the director general Éric Millette presented ChatGPT to all his teachers at a meeting last week.

Many were “shocked” by noting its almost infinite possibilities, says the one who also insists on the “enormous potential” of the tool.

Impossible to detect or almost

When asked, ChatGPT can even write texts by adding mistakes or adapting its writing style to that of a college student, which makes it even more difficult to detect cheating.

Tools have already been launched to spot texts written using ChatGPT, but a skilled student will only have to translate the sentences or modify them slightly to avoid getting caught, explains Dave Anctil, professor of philosophy and artificial intelligence at Collège Jean-de-Brébeuf.

“Currently, there is no way to know (if a text was generated using ChatGPT), I can guarantee you that,” he says.

For teachers who want to counter cheating, the problem remains: “You can't accuse a student without having proof,” points out Marianne Di Croce, philosophy professor at Cégep de Saint-Jérôme.

OpenAI, the company behind ChatGPT, is working to develop a cryptographic tool that would insert a “signature” into the text generated by the robot in order to detect the content it has produced. < /p>

Éric Millette, for his part, wishes to recall that “the vast majority” of students are “intellectually honest”. “It is certain that there will always be a small percentage of students who will turn to plagiarism tools. Today, it's ChatGPT, in the past it was something else,” he says.

For their part, students met at Cégep Champlain St. Lawrence assure that ChatGPT will not none of them cheaters. “If you want to cheat, it's really easy,” says Charlie Tremblay Groleau. But if you have a moral conscience, you won't do that.”

Others, however, point out that the robot could be used to “inspire” them when writing work, in the same way as content gleaned from the web or a reference book.

A plan written by ChatGPT

ChatGPT doesn't just cause cegep teachers headaches. Some intend to take advantage of its “enormous potential”, such as Nicolas Bourré, a computer teacher who used it to put together a lesson plan.

Mr. Bourré teaches a new robotics course in the winter semester that he partly designed with the help of ChatGPT. Curious to test the tool, he asked him to create a complete lesson plan over 15 weeks, at the rate of 2 hours per week, for college students.

The chatbot produced content for him “with a certain consistency”, which he subsequently readjusted and corrected. ChatGPT can therefore be a “useful” tool for teachers, provided they have the expertise to properly frame it, says Bourré.

The risk of “getting lazy” is, however, very real, recognizes this teacher from Cégep de Shawinigan who is convinced that the conversational robot will quickly become a must. “It's a new tool that we will have to use, otherwise we will be behind the person next door who will do it,” he says.

Several other teachers could also use ChatGPT to prepare their lessons. At the Fierbourg vocational training center in Quebec, teachers “were amazed at how much ChatGPT can help us on a daily basis”, said an educational adviser on Twitter, sharing a screenshot of ChatGPT which created a plan of course on the maintenance of perennial plants. “You have to know how to get the best out of the tool rather than being afraid of it,” she writes.

Yan Maclure, history teacher at Cégep de Sorel-Tracy, nevertheless wonders about the long-term impacts of artificial intelligence in our lives.

It's hard not to make a connection with the appearance of the calculator, when we see that our elders have mastered mental arithmetic much better than the generations that follow them, he says. “With the calculator, the mental process has been blunted. Will it do the same for the language that the machine can now produce for us?” asks Mr. Maclure.

Éric Martin, philosophy teacher at Cégep Saint-Jean-sur-Richelieu, says that digital advances in education – with ChatGPT in mind – are causing a “ground swell” that is fundamentally changing “the way in which we form the human being”. “And that's extremely worrying,” he says.

The Chat GPT conversational robot “beats hands down” all other language models that have been created so far, says Dave Anctil, professor of philosophy and artificial intelligence at Collège Jean-de-Brébeuf.

But this is only the beginning, he warns.

“The new version that is coming by the end of the year is probably going to be at least 100 times more powerful than what currently exists,” he says.

What makes this robot so revolutionary, in addition to its capacities, is its free and general public access since similar tools were previously reserved for insiders, underlines Mr. Anctil.

Later versions could however become paying, has already indicated Open AI, the company behind ChatGPT.

ChatGPT integrated into a search engine or into Word?

Microsoft, which has invested more than $1 billion in Open AI in 2019, hopes to integrate the chatbot into its Bing search engine to compete with Google. According to the Bloomberg news agency, a new version could be launched as early as March.

Before doing so, however, Microsoft will have to ensure that ChatGPT does not generate incorrect answers, which does not is not currently the case. For the moment, the chatbot is not connected to the Internet, which does not allow it to answer current questions.

Microsoft would like to integrate ChatGPT into its Office suite , according to several American media, which would allow him to automatically write texts in Word from a few keywords.