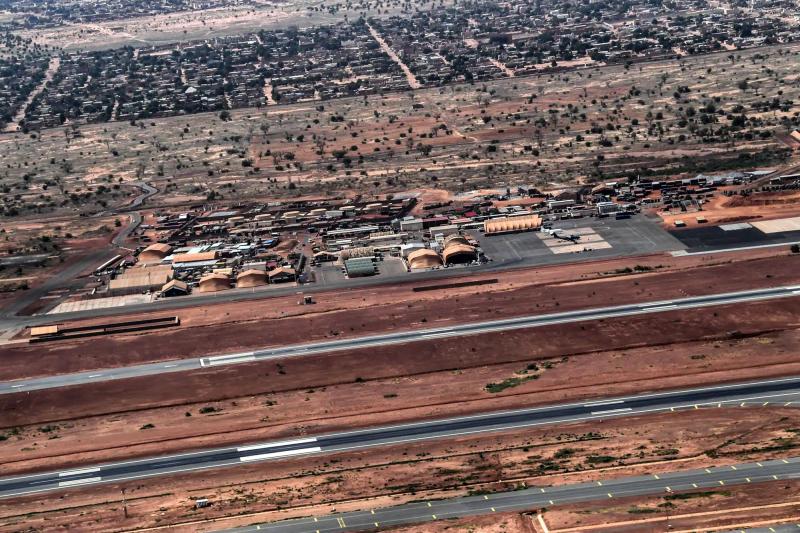 Niger has decided to cause rain using chemicals in the face of the drought which this year has caused a severe food crisis in this arid country, AFP learned on Thursday from the services of the meteorology.

This “induced rain” technology uses an aircraft to introduce chemicals into the clouds, including a mixture of silver, sodium and acetone.

“We had to act on this problem of drought” in order to have “many more rainy days and at the same time increase the amount of rain”, explained Katiellou Gaptia Lawan, director of Niger meteorology who is piloting the operation with the Malian consortium Ibi Air.

He points out that in Niger there are “a lot of prolonged dry spells which disrupt the development of crops and pastures”.

According to him, specific interventions must therefore mainly target crop or pasture areas , when they experience “long rainfall respites”.

The west of the country, including the Niamey region, benefited from the first interventions in early August, after several weeks without rain.

The operation will continue until the end of September, the usual end of the rainy season in Niger.

The climate in this country is of the Sahelian type, characterized by a long dry season of 8 to 10 months and a short rainy season which lasts 3 to 4 months, from June to September.

The number of rainy days varies from north to south, with annual rainfall ranging from less than 100 mm, mainly in the north, to 700-800 mm.

However, floods have recently affected the desert north due to climate change, according to Nigerien authorities.

Along with drought in several regions, others are affected by severe flooding which has killed 53 people , 87,942 victims and 74 injured, according to the latest official report.

Due to drought and jihadist violence which prevented farmers from cultivating their fields, Niger is hit this year by a serious crisis food.

According to the government, more than 4.4 million people are “severely” food insecure, i.e. about 20% of the population.

The rate of acute malnutrition among children is likely to be 12.5%, exceeding the emergency threshold of 10% set by the World Health Organization (WHO).

80% of Nigeriens live from agriculture heavily dependent on rains and the country has more than 52 million head of cattle, according to the Ministry of A Agriculture and Livestock.