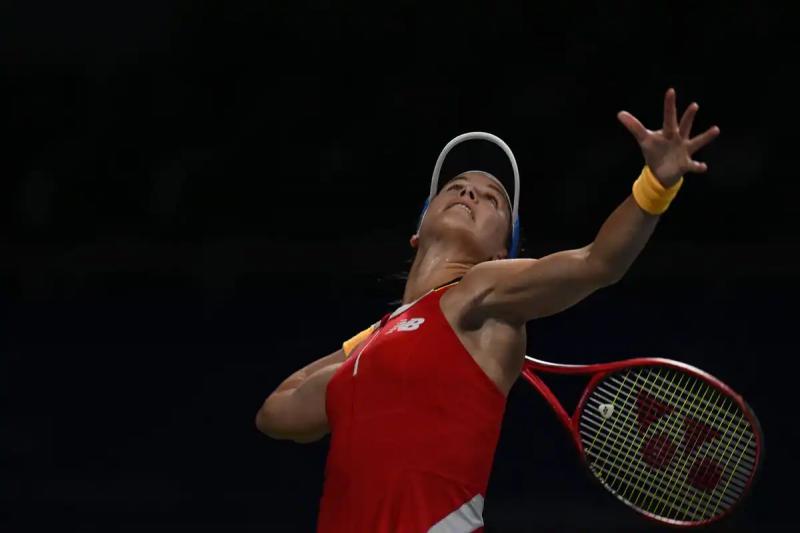 The success continued for Eugenie Bouchard at the tennis tournament in Chennai, India, as after winning in the second round in singles the day before, she did the same in doubles on Thursday.

Alongside the Belgian Yanina Wickmayer, she signed a victory in three sets of 5-7, 6-3 and 12-10 at the expense of the Russians Anastasia Gasanova and Oksana Selekhmeteva. The duel of 1h 54min was fiercely contested, as evidenced by the 74 points won by each duo.

The winners will face in the semi-final the tandem made up of Georgian Natela Dzalamidze and Russian Anna Blinkova. The other square of aces confrontation will involve Ottawa's Gabriela Dabrowski and her partner, Luisa Stefani. The first seeds of the competition will face Thailand's Peangtarn Plipuech and Japan's Moyuka Uchijima.

To return to Bouchard, 902nd in the world in singles, she will cross swords with Argentina's Nadia Podoroska (298th) in the quarter-finals on Friday.

In a second-round duel, Canadian Carol Zhao lost her flag in two sets of 6- 1 and 7-5 ahead of Muscovite Varvara Gracheva, 80th player in the world and second seed of the tournament.

Occupying the 187th level of the WTA circuit, Zhao was notably sunk by four breaks conceded in 11 opportunities offered to the opponent. Gracheva scored 76 points, 20 more than the loser.

In addition, another Maple Leaf player will play in the quarter-finals. Rebecca Marino, seeded seventh, will face the third, Poland's Magda Linette.

Eugenie Bouchard's quarter-final singles match will be broadcast on TVA Sports on Friday morning at 7:30 a.m. .