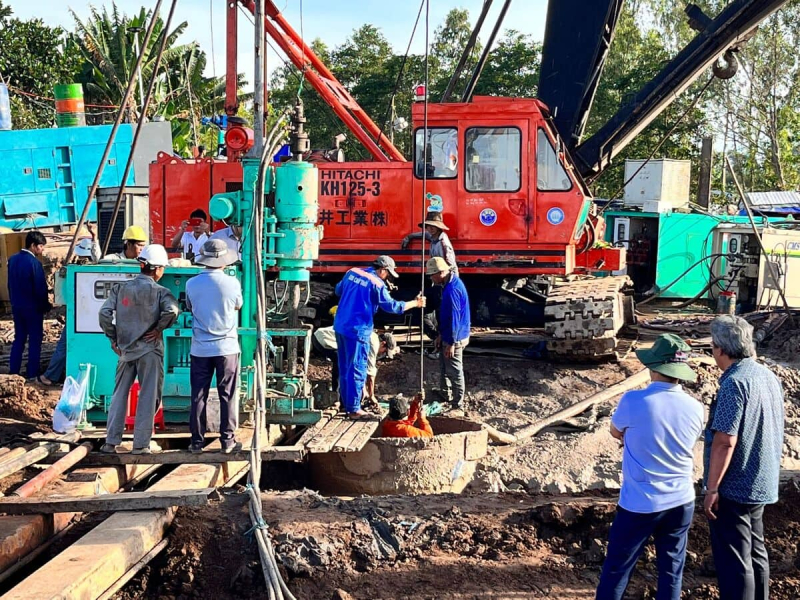 A 10-year-old child, who fell into a 35-meter-deep hole on Saturday at the construction site of a bridge in Vietnam, was declared dead on Wednesday by the vice-president of the People's Committee of the Dong Thap province (south).

The child, “trapped inside a very deep nozzle”, suffered “from several injuries” and did not have “enough oxygen to last long Doan Tan Buu explained.

“We had given priority to rescuing the boy. However, the conditions make it impossible for him to have survived,” he added to journalists, on the site of the tragedy.

The announcement of the death was made after consultation with medical experts, he said.

Thai Ly Hao Nam had fallen on Saturday into a hollow concrete pillar just 25 centimeters wide, cast for the construction of a new bridge, as it appeared to be looking for scrap metal.

Rescuers in Dong Thap province in the Mekong Delta tried to drill and soften the surrounding ground in an attempt to pull the pillar upwards and extract the young boy, but to no avail.

A 19-meter-long metal pipe had been placed around the pillar where the boy was trapped to try to remove the mud and get him out.

Rescuers are determined to get the child's body up as soon as possible for the funeral, but according to Vice President Doan Tan Buu, it's “a tac he very difficult.”

Since Tuesday, Vietnam has mobilized hundreds of soldiers and engineers to try to save Thai Ly Hao Nam.