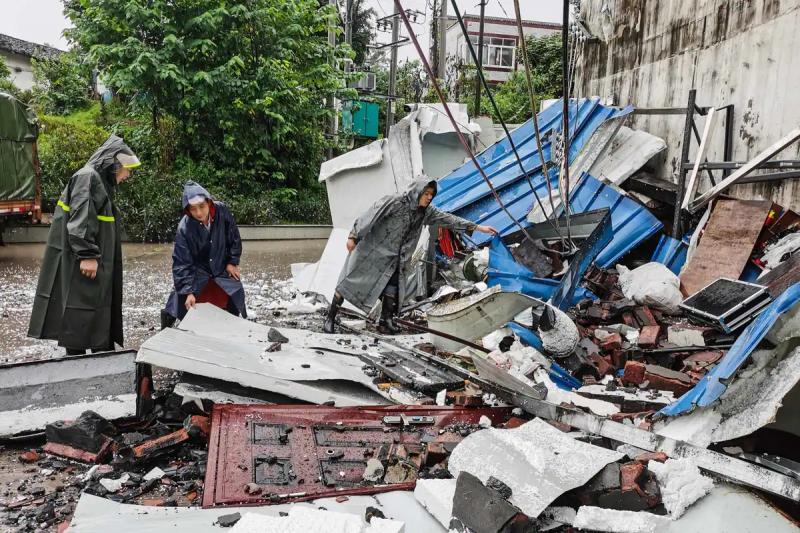 The tremor was recorded at 12:52 p.m. local time (4:52 a.m. GMT) in the mountainous province of Sichuan, with an estimated depth of 10 kilometers and an epicenter about 43 kilometers from the city of Kangding.

Videos posted on social networks by Internet users showed chandeliers swinging from the ceiling or an aquarium filled with fish and whose water was overflowing due to the shaking.

In other images, we saw buildings shake and rocks fall along the cliffs.

Sichuan is regularly hit by earthquakes. The quake was felt in several cities across the province, including the regional capital Chengdu, which has a population of 21 million and is some 200 kilometers away.

The tremor was “relatively strong,” a resident who did not give her full name, Ms. Chen, told AFP. “Some of my downstairs neighbors said they felt (it) very clearly,” she added.

The city of Chengdu extended the lockdown on Sunday. its inhabitants after the discovery in recent days of hundreds of new positive cases of coronavirus.

More than 500 firefighters and rescue workers have been dispatched to the epicenter of the earthquake, the official Xinhua news agency said. The authorities reported several aftershocks in the vicinity of the first earthquake.

A resident of Chongqing, a large municipality-province yet located more than 400 kilometers from the epicenter, told the AFP that the lamps in his apartment had started to shake.

Sichuan, very mountainous and known throughout the world for its panda reserves, is generally hit several times a month by earthquakes of varying intensities.

In June, a magnitude 6.1 earthquake had already shaken the province, killing at least four people and injuring dozens.

In May 2008, an earthquake very powerful, of magnitude 7.9, had caused 87,000 dead or missing in Sichuan. The disaster was a national shock.

Among the victims were thousands of students killed in the collapse of precariously constructed schools. Police at the time arrested activists who were trying to count the precise number of children who died in the disaster.