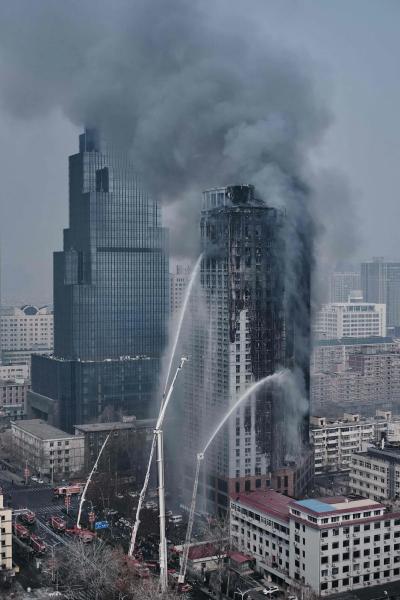 A major fire broke out on Friday for an as yet unknown reason in a skyscraper in the major city of Changsha in central China, state television CCTV reported.

“Dense smoke rises from the site and dozens of floors are engulfed in very violent flames,” the channel said. No information was yet available on possible victims.

According to several Chinese media, the fire broke out in a skyscraper housing the offices of the operator China Telecom.

Photos released by CCTV show huge orange flames engulfing a building, while thick black smoke rises above the city of Changsha which has a population of 10 million.

It was not immediately clear if anyone was still inside the building.

Videos posted on social media show one side of the skyscraper devoured by flames all its height.