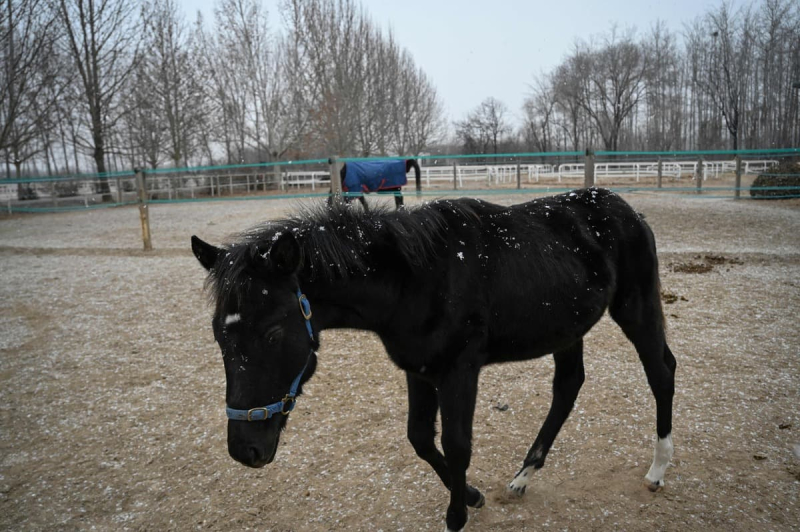 A cloned horse, the first of its kind born and licensed in China and which is expected to open new perspectives for the equestrian sports sector in the country, was presented on Thursday in Beijing.

The cloning of competition or high-line horses has already been practiced in several countries since the early 2000s, particularly for genetic improvement.

Born last June from a surrogate mother, “Zhuang Zhuang” (pronounced “Djouang Djouang”), developed by the Beijing laboratory Sinogene, is the clone of an equine imported from Germany.

Black in color, it is the first “warm-blooded” horse to be born in China and to be officially licensed by the Chinese Equestrian Industry Association.

“ Warmblood” is a classification that generally applies to breeds of light horses with a lively temperament.

Equestrian sports, especially show jumping, have been developing in China in recent years. But the shortage of high-performance horses and the lag in breed improvement technology are limiting this growth.

“I have spoken with (Chinese) riders who compete in the Olympics. All have more than one horse, usually two or three. Each horse costs from a few million to 10 million yuan”, or up to more than around one million euros, Mi Jidong, CEO of Sinogene, told AFP.

“Cloning can help reduce the price of breeding and rearing horses.”

Producing competitive horses in China through cloning should make it possible to less dependent on expensive equine imports and thus more easily supply the needs of the Chinese equestrian sports sector.

The world's first cloned horse was born in Italy in 2003.

Chinese animal cloning companies have made significant progress in recent years, with technologies now mature for sheep, cows, pigs, dogs and even cats.