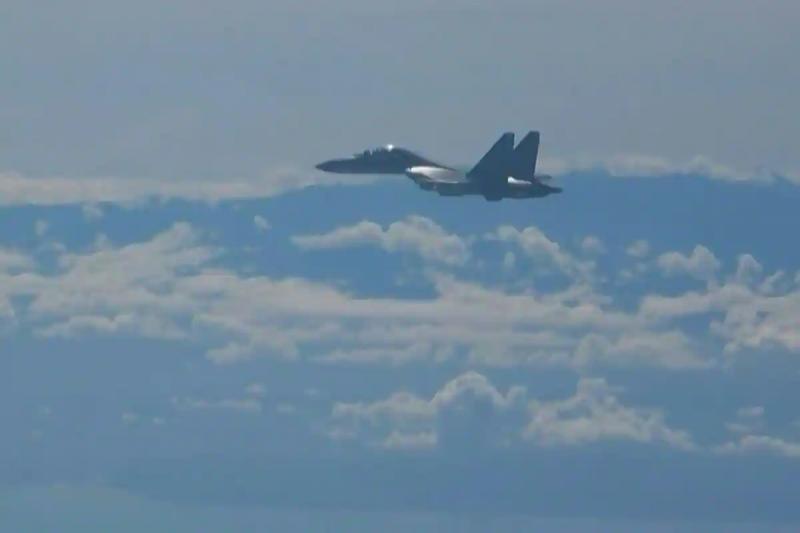 Despite calls from the West and Japan, China announced on Monday the continuation of military exercises near Taiwan, again in response to Nancy Pelosi's visit to the island claimed by Beijing.

The day after the departure from Taipei of Ms. Pelosi, American number three and Speaker of the House of Representatives, the Chinese army launched extensive “live-fire” maneuvers on Thursday in six broad areas all around Taiwan.

These exercises, at least in this configuration, were to end on Sunday noon according to the Chinese maritime security administration. They were intended to train for a “blockade” of the island, according to official Chinese media.

But maneuvers are continuing.

“The People's Army of liberation (…) continues to conduct practical joint exercises in the sea and air space around Taiwan, focusing on joint anti-submarine and assault operations at sea,” said a statement on Monday. the East Command of the Chinese Army.

He did not specify in which areas these maneuvers are taking place, or whether they are “live fire” or not.

The Chinese army has conducted the largest military exercises around Taiwan in recent days. of its history in this area, sending fighter jets, warships, drones and firing ballistic missiles.

Because of their scale, they aroused criticism from the heads of diplomacy of the G7 (United States, Japan, France, Germany, Italy, Canada, United Kingdom), who considered that there was “no justification to these “aggressive” maneuvers.

After China suspended a series of Sino-Chinese talks and cooperation -Americans, in particular on climate change, the American Secretary of State Antony Blinken described the Chinese reaction as “total disproportion”.

Along with his Japanese and Australian counterparts, Mr. Blinken also issued a statement calling on China to stop its military exercises.

Asked Monday, Wang Wenbin, a spokesman for the Chinese Ministry of Foreign Affairs, did not formally confirm the holding of new exercises but stressed that Beijing's reaction was “legitimate, rational and legal”.

“This is a warning to troublemakers as well as 'a lesson to the supporters of Taiwan independence,' he said during a regular press briefing, defending military maneuvers that were 'transparent and professional'.

“We call on the United States to do some soul-searching and rectify its mistake as soon as possible…and to stop playing the Taiwan card in order to hinder (the development of) China.”

For their part, the Taiwanese armed forces announced on Monday that they will organize live ammunition military exercises this week simulating a defense of the island against a Chinese invasion.

They will train to face landings on Tuesday and Thursday in the Pingtung region, in the far south. Several hundred soldiers and about 40 howitzers will be deployed for these exercises, according to the same source.

According to the army, these exercises were already scheduled and are not a response to the Chinese exercises.

According to Chinese state television CCTV, ballistic missiles flew over Taiwan this week, which would be a first.

To prove how close it had come to the Taiwanese coast, the Chinese military broadcast this weekend a photo it claims was taken from one of its warships, showing a Taiwanese navy building just a few hundred meters away.

China believes that Taiwan, populated by about 23 million inhabitants, is one of its provinces, which it has not yet managed to reunify with the rest of its territory since the end of the Chinese Civil War (1949).

Opposed to any initiative giving the Taiwanese authorities international legitimacy, Beijing is against any official contact between Taiwan and other countries.

US officials visit the island frequently, but China judges that the visit of Mrs. Pelosi, one of the most senior figures in the American state, was a major provocation.